It May Be Simple, But It Isn’t Easy 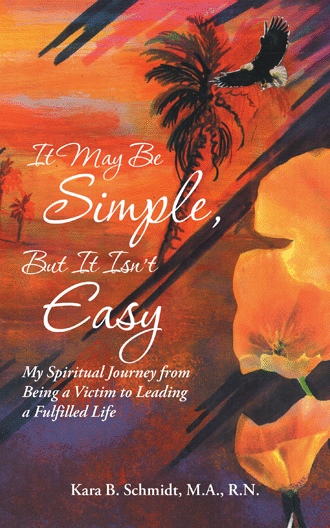 Late one night, the author was startled awake by a loud voice saying, “You have been chosen.” She discovered the voice was in her mind. She said out loud, “To do what?” The answer was “To write your books.” She was astounded. It was only then, when she was rocked to her core by these spiritual happenings that had no rational explanation, that she realized there was definitely another dimension to her life. She was changed forever—not all at once, but little by little over many years. This is the revealing story of those amazing and profound occurrences. Until now, she has never spoken about them because she thought her friends and family would think she was crazy. It’s only now, more than twenty-five years later, that she has found the courage to share her spiritual journey. The title, It May Be Simple, But It Isn’t Easy, suggests that some of us know we can connect with God and the Holy Spirit, but how many of us actually do so on a regular basis? How many of us remember to forgive everyone and/or send love to all that we meet? This is the true story of the author’s spellbinding spiritual journey and how she learned to become a spiritually based, courageous woman.

Kara B. Schmidt, who has a Master of Arts degree in Rehabilitation Nursing, was born and educated in New York. She is a registered nurse/entrepreneur and was stunned when she started to hear the voices of spirit guides she never knew she had. Was she going crazy? Unexpected and valuable insights followed, along with her initial introduction to A Course in Miracles, which drew her much deeper into her spiritual journey.