(A Primer to Understanding Spiritual Growth) 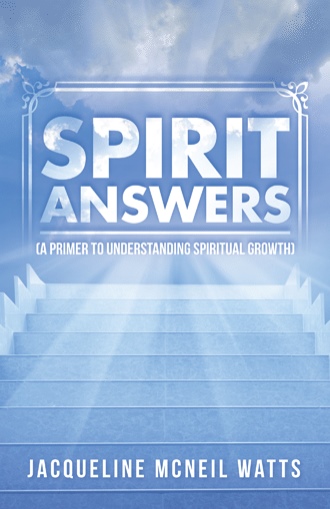 February 26, 2016 Dear Spirit, Where is all this seven rays and spirit stuff coming from? I have been a Christian all my life and I never heard of these rays in the churches that I attended. Actually, I left my traditional church in order to get answers about mystical experiences that I was having such as: hearing voices, seeing auras and angels, hearing celestial music, seeing clairvoyantly, leaving my physical body and traveling to other planes where I fellowshipped with relatives and friends who had died years ago on the physical plane of earth, and being held and comforted by a spirit being while I was undergoing a major energy shift. I am not Jesus or a holy man in the Bible. I am just an ordinary human being. Please explain why I have had these experiences and why traditional religions did not prepare me for them. Gratefully yours, Jackie February 27, 2016 Spirit Answers: Wow! This question is loaded! I will begin by addressing the case of the traditional religions. They did not prepare you for your mystical experiences because they could not. Religions teach the interpretation of life at the level of awareness of their founder(s). People are at various levels of consciousness due to the fact that the pace of evolution varies. We are all evolving, but some faster than others. (Jesus, Buddha, and many others were farther ahead in evolution when they lived in dense physical bodies than most earth plane humans are today.) Each religion teaches what the consciousness level of its founder(s) allowed him/them to understand. Can you recall how the Bible passages took on a deeper level of truth when you began your New Thought studies, and an even deeper level of truth when you explored the Ageless Wisdom/Esoteric Philosophy? As one evolves, one is led to seek, and is better able to understand, the varying levels of truth. Or to put it simply, what you believe to be true takes on a deeper meaning as you evolve/grow spiritually. This is because spiritual growth opens channels to greater awareness. When we grow spiritually, we realize, incrementally, that there is much more to the world than what we see and hear on the physical plane of Earth. Much, much more. The adherents of a religious faith are at an awareness level that allows them to receive and believe the teachings of that religion. In your case, when you began to have mystical experiences, your consciousness level shifted and you began to seek to understand more. At that point, you sought and found teachings that addressed your new level of awareness. In closing, I must say that you are blessed to have many religions that address people at levels where they are able to understand and receive. That way, no one is left out. For this reason, I believe the Bible is one of the most clever books ever written, because it provides teachings for humans at all levels of consciousness. However, I must caution you that one day, hundreds and maybe thousands of years from now, humanity’s consciousness, due to evolution, will exceed the teachings of the Bible, and new teachings will be put in place to guide Earth’s humanity. Because life evolves, everything changes. Nothing stays the same. On parting, I enjoin you to consider that the whole Truth is unknown to any one person or one religion. Only God knows the whole Truth. My light is dimming so I must go. I will address the other part of your question when we next meet.

The secret is out. Spirit Answers reveals what used to be taught in the mystery schools to an elite audience. The time has come for this information to become known and understood by all. Presented in a simple, easy to understand manner, Spirit Answers addresses topics that include: Who is God? How are we related to God? Why are we here? What is heaven? How do we get to heaven? What happens when we die? Do we really live many lifetimes in physical bodies? The explanations provided by Jackie Watts and her Spirit co-author are unlike any that you have probably heard, for based in Ageless Wisdom teachings, they reveal hidden Truths. Due to our current level of evolution, Earth’s humanity is now ready to receive these Truths.

Jacqueline McNeil Watts was employed by Columbus (Ohio) Public Schools for thirty-six years as a French teacher, Peer Consultant, and Projects Manager. In 1985, mystical phenomena began to occur in her life and she started seeking answers. During the past thirty years, Jackie has studied at Unity Institute in Missouri, The Columbus Center for Spiritual Living, and The School for Esoteric Studies in Asheville, N.C. She has also benefitted greatly from the esoteric knowledge and experiences of well versed mentors. Currently, she resides in her native city of Charlotte, North Carolina.