A Spiritual Travelogue from the Himalaya 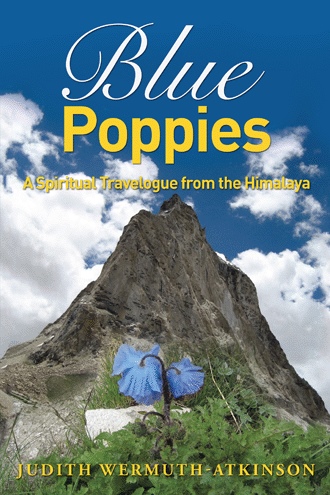 In Blue Poppies, the author shares her experience of spiritual life in the Indian Himalaya. For years, Judith Wermuth-Atkinson had the unique opportunity to study, live, and travel with the Hindu monk and Vedic scholar Siddhartha Krishna. She offers vivid descriptions of men, women, and children in the life of rarely accessible spiritual communities, deliberations on religious devotion or on questions of the clash between tradition and change, and observations of social attitudes toward marriage, caste, and the untouchable—all providing insights into a complex world both ancient and modern. That world has taught the author “to believe in the endless power of the mind,” and she sees it as a precious source of mindfulness—a source that ought to be preserved.

Dr. Judith Wermuth-Atkinson is an author, a literary scholar, a world-citizen, and a trekker. She received her PhD from Columbia University, where she also taught world literature and philosophy. Her poetry, essays, and creative non-fiction focus on social attitudes, culture, comparative religion, and spiritual development.