Rebuilding a Life Destroyed by Drugs and Alcohol 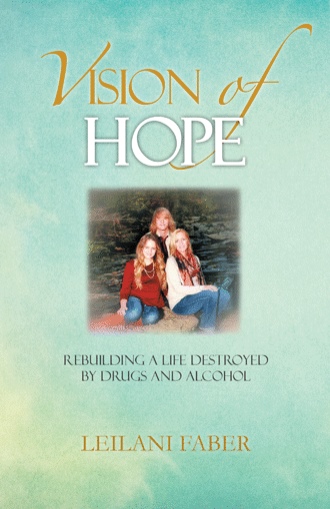 It was some time after midnight on the morning of the 18th of June that it happened. I heard a crash and Mark started cursing. I walked out of the office into the hall and opened the laundry room door. What I saw stopped me dead in my tracks. Mark was almost completely covered in flames. There was also fire on the floor leading over to a laundry sorter that was placed beneath a laundry chute that I had put in. The laundry chute was one of many of my tweaking projects, like the kids’ bathroom walls painted to match the “Under the Sea” shower curtain. Some tweakers bead or play online games or do scratchers tickets. I did construction and painted. In the newspaper they described it as a laboratory ventilation system that was vented into the children’s bedrooms. It was actually a laundry chute made of metal furnace piping. There was a small door upstairs at the end of the hallway where the clothes were placed. It went through my bedroom closet and came out of the wall downstairs into the laundry room. Pretty genius, I thought. But I digress. Mark ran past me out of the room and I broke through my fear and grabbed a fire extinguisher. I pulled the pin, pointed it at the fire and pulled the trigger, but it was doing no good. Suddenly, Mark reappeared and grabbed the extinguisher from me. He was no longer on fire. I don’t know if he did a “drop and roll” in the other room or what, but he took over. It still wasn’t working on the fire so I ran out of the laundry room and into the office. The lower level was a few feet below ground level in the back of the house, so I went to the window and opened it. I popped off the screen, climbed out and began to unwind the hose from the reel that was located beside the window. When I had enough let out, I turned on the water and climbed back in the window, went through the office and into the laundry room. By this time, the flames were licking at the wall and the laundry sorter had begun to burn. As I aimed the water hose, Mark once again caught fire. I later learned that Mark had placed a glass beaker with a lye bed in it on an electric burner on top of the laundry sorter. Since Mark doesn’t remember, I can’t say exactly what happened, but evidently the beaker cracked and the camp fuel in the beaker ignited. It must have splashed onto Mark, although that doesn’t explain how he was burned over so much of his body. As he ran from the room, I continued to try to put the fire out with the hose. It appeared to be working, but was probably just burning itself out on the concrete floor. When Mark returned once again, he walked into the room, and suddenly his head was on fire. I threw down the hose, grabbed him and pushed him into the bathroom, then the shower and turned on the water. My mother told me later that when they went back into the house they found Mark’s skin all over the walls of the shower. It was pretty grotesque. When I knew he was okay, I went back into the laundry room to assess the situation. The fire had stopped burning on the floor but was climbing up the wall into the laundry chute. I sprayed more water onto it, but it was not helping the situation. Then Mark came in and started grabbing the lab materials and placing them back into the plastic tub. He then said we should move it and the other tubs to the pool closet under the deck. I don’t know in what universe that would sound like a good idea, but we were high, tired and panicking. So we pulled everything out of our secret room, shut it back up, hauled the tubs through the office window and threw them into the pool closet. Afterward, I called 911 and asked for a fire truck and an ambulance. Mark and I then went upstairs and woke the kids up. When Mark picked up his daughter to carry her out, he flinched as her hands touched his scorched flesh. At the time, it just looked like a really bad sunburn. With my daughter in my arms and his daughter in his, we then woke up my son who followed us out the back door, across the deck and down the steps into the yard. On our way out I realized that it was the attic fan which was right above the top of the laundry chute that was causing the flames to be drawn upward toward more flammable material. I turned it off as we walked out of the girls’ room. Once outside, the kids became very upset. My son became especially fearful when he realized that the dogs were still inside. We had a Weimaraner and a Cocker Spaniel, Bruno and Mocha. Mark went back in and got the dogs. When he came out, I told him to sit still and asked his daughter to spray him with the water hose to cool his burns while I went through the downstairs one more time looking for evidence that we may have missed. It was ridiculous looking back at it because we put everything in an easy-to-find location even leaving a trail of filters and funnels from the office window to the pool closet.

Vision of Hope is an important contribution in the growing number of stories by recovering addicts, for its well-written account in terms that are touching yet honest, in both the low points and high points of her story. Perhaps most significantly, Leilani Faber’s life story brings us to a conclusion that includes a current life and an optimistic future that should make her, her children and her mother proud. It literally offers hope for anyone who has found their life severely impacted by meth or other drugs and demonstrates that despite the damage done by meth use, with hard work, redemption is possible and a new life awaits anyone willing to make that commitment. Laura L. Valenti, co-author Ozark Meth: A Journey of Destruction and Deliverance

Leilani Faber is a recovering meth addict who has turned her life experiences into a way to help others. She is currently living in Washington state where she is near her children, mother and other family. She continues to write, teach, and use her education and background to help those struggling with mental disorders, including substance use disorders.