Letting in the Light 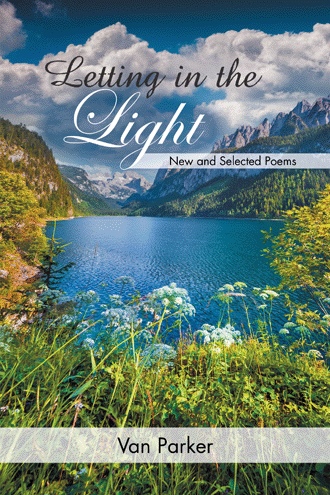 “Letting in the Light” is an invitation to stop, look and listen. The poems tend to focus on everyday, routine events (e.g. “Washing the Dishes”). Some are lighthearted. The theme of homecoming runs through many of them as does the thought that the holy can be found in the ordinary, as in the poem “STOP” and a sense of connection discovered as in the poem “OBSERVING AN ANT”. All of the poems in “Letting in the Light” were written when the author was between the ages of 80-86. STOP Sometimes, when you wake up in the morning, the most important thing is to stop, which is possible even while you are delivering your neighbor’s paper. Let the motor within you rest for a while. Don’t rev it up with all the things you have to do. Stop, so you can look and listen. Watch the birds flying between the trees in your back yard. Don’t try to accomplish anything, unless you consider making coffee an accomplishment. God already knows you’re imperfect and doesn’t need to be informed of that fact. Stop long enough to say thanks. OBSERVING AN ANT Noticed an ant this morning, a garden-variety black ant walking purposefully along the bathroom floor. This ant was carrying an object. I couldn’t tell what it was, except that it was as big as the ant. I had no appetite for stepping on this ant which seemed so dedicated and gainfully employed. As it headed this way and that running into one barrier after another I felt a bond to the ant, hoping it would find its way to wherever it wanted to go. Even thought I’d try to pick it up and take it outside but it disappeared under a radiator.   PREFACE Writing poems is something I stumbled into late in life. After retiring from the ministry, I started writing observations on various matters in “The North Star Monthly” of Danville, Vermont. This evolved into a newsletter sent out to friends and friends of friends. In late 2009 I began writing poems. It felt like both a natural step and a new adventure. Poems tend to start from some place close by - a tree, your next-door neighbor, a flock of geese and lead us toward wonder and mystery. Billy Collins says he hopes his poems “begin in Kansas and end in Oz.” There is something about poetry that refuses to be corralled or tied up in a package. When writing a poem I am often surprised by the way it comes out. Apparently this is a common experience. Robert Frost said “no surprise for the writer, no surprise for the reader.” Lately it’s become clear to me that poetry can reveal connections – to parts of ourselves, other people, the earth and what Alcoholics Anonymous calls a Higher Power. Some have said the greatest sickness human beings experience is homesickness. Poetry can’t solve every ill but it can, often unexpectedly, indicate a way home. “Letting in the Light” is my third book of poetry. It’s a mixture of poems written over the last few years. Having discovered that poems like to speak for themselves, I wish them good travels as they go on their way.

“Letting in the Light” is a book of poems, all of which I wrote between the ages of eighty and eighty-six. They seemed to emerge naturally, both from when I was forty-one years in the active ministry and from reflections and writings during retirement. You might say that poetry finally found me and has become the best way I know of putting into words some things I’ve begun to learn. Writing poems has opened up the world in ways I hadn’t expected. It’s made me aware of connections to other people and to the earth, which is truly our mother. “Letting in the Light” is a book about discovering the holy in the ordinary, everyday experiences that come to all of us. Some have described my poems as “accessible.” I hope those who read them will find them of some help. They are offered by a fellow journeyer.

Van Parker is a retired United Church of Christ minister and minister emeritus of the First Church in Windsor, Connecticut. Since retiring, Van has spent his time volunteering, gardening, and writing. This is his third book of poems. He and his wife, Lucille, live in Cromwell, Connecticut.