Memories of a Child Protective Worker 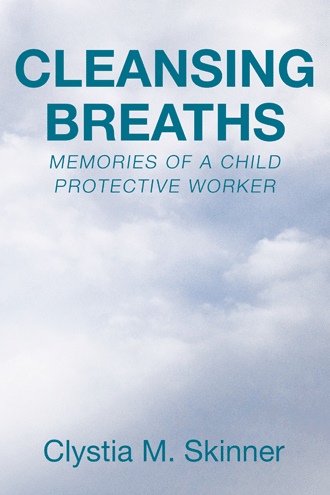 One night several months into the letter exchange, a precocious, cute little girl approached me. I will call her Lisa. She was four or five years old. I was moving through the building, in a hurry as I was running late. She hollered at me, "Oh Miss, Oh Miss, I have to ask you something very important." I stopped and asked her what she needed, fully expecting her to ask me directions to the bathroom. She posed herself in a very adult stance with one little hand on her hip and said in her best adult voice, "Miss, I really need to know how is my purple tator doing?" Now, I prided myself on listening skills and understanding most questions. But I had no idea what she was asking. I politely asked, "Will you repeat your question?" She did just that, in the same debonair way. "I really need to know how my purple tator is doing?" I then said, "Lisa, will you ask me one more time as I am not sure I heard you right?" She looked exasperated and huffed a little and then said, "Miss, how is Joe doing? I have been a little worried about him since I wrote that letter. My therapist told me I could ask you, so, how is my purple tator doing?" I almost burst into laughter, but caught myself, as I quickly realized she was asking, "How is my alleged perpetrator doing?" Little Lisa didn't miss a thing and said, "Since you are smiling, he must be doing OK." She then turned and walked down the hall and into her group room. Child victims of sexual abuse that is perpetrated by someone they know often have strong mixed feelings about the perpetrator. The children have close ties and some even have love for their abusers. They do not understand all the intricacies of family dynamics and sure don't know what other people think they should feel about the abuse. Lisa's letter had told Joe that she loved him, missed him and wanted him to "get fixed," so he could return to the family. (No! not that kind of fixed) OK, I sometimes wanted all sexual perpetrators to be fixed, too. The joking about the "fix thing" reveals a rather stilted sense of humor I developed when working sexual abuse. I laughed at many things that made me cry, made me angry or which I failed to understand. Sometimes that humor was not the most Christian way of thinking. It did sometimes help me process events quickly. I tried hard to never be crass or vulgar. I did talk to the Lord about the negative part of my sense of humor and trust He has forgiven me.

Clystia has a BS in Education and a Masters in Social Work. She spent 7 years in the teaching field and 23 years in the child protection field. On a personal note she enjoys music, singing and writing songs. Getting published was on her “Things I want to do list” for years. She is retired and has become adept at seeing the beauty of God’s world. She delights in beautiful sunsets, lilies in the front yard, hay rolls in wheat fields, rainbows, stars in the heavens, puppies, kittens and babies. She is married with two adult children and two marvelous grandchildren. Her husband has been instrumental in helping her write. She has written a children’s book entitled Around Our Town published by WestBow Press. The book incorporates a children’s song involving the characters introduced in that book. She invites you to read that book after reading this book, and then sing the song along with her.