A Journey in Photos 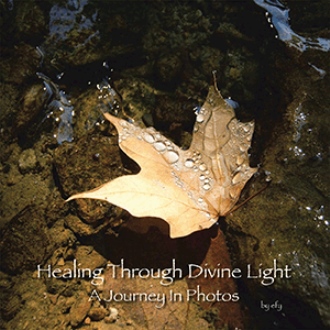 I decided to try the hike. I had begun to walk around the track at the local high school after I dropped off my son at school in the morning. At first I couldn’t do more than one or two slow laps around the track. I would go home exhausted. Two months later, although not completely healed, I was feeling stronger. Something inside encouraged me—like a new nudging—to try the hike to the Spring. I had been so sidelined, so much like an invalid. I wanted to ditch that person I’d become and get back to the “old” me who was strong and healthy. I did not want to be denied. On the last Sunday in October, my husband and son stood with me, supporting me, as I headed out for the hike to the Spring. They didn’t know—and neither did I—that this was the beginning of goodbye. Before leaving the house, I reached for the 35mm camera that I hadn’t been able to use for so long. I was surprised that I could pick it up without pains shooting through my arms and hands. Twenty-four hours after my second Reiki treatment, I had no pain. Although this respite lasted for only a short while, it felt great to pick up my camera again.

In this book, her wondrous photographs are full of light and the sense that the Divine is everywhere. Efy makes the case that the Divine reveals itself in the most unusual of circumstances. She was searching for physical healing, which she received. Yet she was also gifted with an emotional, psychological, and spiritual healing as well. Nature and the spirits in nature were partners in her healing. One cannot help but want to be propelled on such a journey to a transformed life. The author tells us how it happened for her, where she started, and where she ended up. Each person’s journey is, of course, unique. But Efy has given us all a gift by revealing how it happened for her.

efy is a fine arts contemplative photographer who lives in Central Ohio. Her photographs are in collections in Ohio, Arizona, California, Maine, and other states. She began her love affair with the natural world with a 35 mm camera, capturing spirits of light, color, and movement in the beautiful natural areas in Central Ohio. She now uses a digital camera. She has learned to “hear” nature, what it asks, what it knows, how it challenges, and how it heals us.