And How He Became Terrifically Fun! 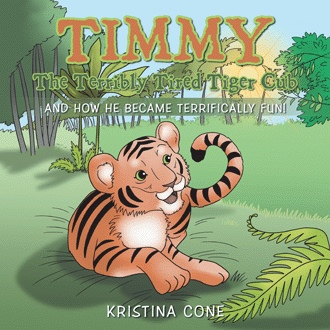 “There was once a young little orange fluffy tiger cub named Timmy. His nickname was “Timmy the Terribly Tired Tiger Cub”, because every time his bigger brothers and sisters wanted him to come and play with them, he was just too tired, every single time. His Mummy, Tina Tiger, had been watching Timmy for a while. She had seen that he really would like to be joining in with the tumbling, running, rolling, growling, fun games and antics that his brothers and sisters were joyfully and excitedly doing day after day. She could tell that he did really, really want to play and have fun too! He was just too terribly tired, and very unhappy about it too. She had a big think about how she could help her little youngest cub. (Because that’s what Mummies do, isn’t it? They try to find ways for their babies to be healthy and happy.) So one night, before Timmy went off to sleep in his little tiger cub den-bed, she lay down next to him and shared something extraordinary with him….” 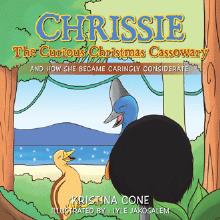 Timmy is a young tiger cub who unfortunately is very sad. He really wants to have fun with his brothers and sisters, but he is just too tired all of the time. What can he do? His Mummy, Tina Tiger, has an idea which could just help him.

Can his Mummy help him, or does Timmy find a way to help himself?

Kristina’s married with 2 teenagers and lives in Cairns, Australia. She’s been on a journey of self-development since she read Dr Wayne Dyer’s “Your Erroneous Zones” at 17. She’s been an Early Childhood Teacher with a huge desire to affect children positively the world over with her beautiful children’s stories