by Lerrat Campbell & With JC Gardner 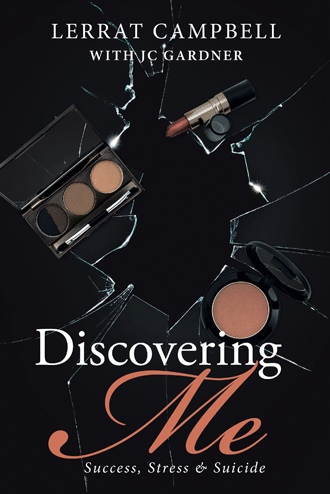 Way Down the Rabbit Hole

The morning started like any other morning, at least that is what I would like to believe. I had spent a very unsettling night wrestling with my thoughts.

I was getting ready for work, trying to engage Tyson in small talk, but he seemed mad at me. During our short time together, he had been there through the thick and thin, the highs and the lows of a very tumultuous year. My life with him was not perfect, but it was my comfort zone. I needed him to still be there for me, even if I was rambling on about the same issue, repeating myself like an Alzheimer’s patient. I needed him to listen!

His tolerance for my family drama had run its course, and he had turned a deaf ear to me and my problems. He essentially shut down and at the same time, I was shut out. He was done!

His closing the door on me and my feelings was just the beginning.

The previous evening, I stopped by my mother’s New Jersey house unexpectedly. I just wanted to visit, and I walked right into a conversation between my mother and her foster daughter, LeKesha. They were in the midst of planning a party for LeKesha, but my presence rocked the boat.

LeKesha became clearly agitated that I was there and made it known that even though they were planning a party, I was not invited and my opinions or thoughts were not welcomed.

Then she started ranting and raving about how she was here first. I was confused, and I didn’t know what that meant. But the more she expressed herself, it soon became clear she was letting me know that their lives were pretty much ruined since I showed up. My mother was her mother first, and I was an afterthought and an intruder into their lives. I was taking up her space and her time. There wasn’t any room for me.

There was no biological thread between these two women, but their mother-daughter bond was enviable to some degree ; yet LeKesha was claiming my biological mother as her own! Some of us can recall nights and many days that these two women seemed more like enemies than friends, strangers rather than family and competition against each other, yet, the mother-daughter façade outweighed everything that the world knew about them. LeKesha was the oldest of two girls that my Mother took in. We won’t discuss the younger one.

I looked at my mother for some sort of protection from this verbal attack, but she just sat stoically and in my mind, she was agreeing with LeKesha. The weight of LeKesha’s words hung around my neck like a noose. I had to get out of there.

I fled from that house of pain. Their actions and words swirled around my head like a tidal wave. I was being blamed for circumstances beyond my control and not of my making.

I drove, and as my hands tightly gripped the steering wheel, I was shaking. My insides were vibrating like an internal earthquake.

How dare she talk about me like that! The more I thought about it, the more furious I became. LeKesha’s tearful testimony of the disapproval of my presence in their lives echoed in my ears.

My mind went into rewind mode. I was the one given away practically at birth to some non-family members to raise; I was the one who had no idea who my father was, having never been given accurate information from my mother about not only where he was but who he could be! I was the one, who, for forty-something years, had been visiting the grave of a woman who I thought was my mother. And now I am an intruder? I’m causing them an issue?

I went home distraught and spilled my guts all over Tyson. It wasn’t enough. I was still full of pain. I then began a texting tirade with my mother over the way I was treated. Short snippets became long, drawn out paragraphs. She refused to admit that LeKesha was wrong. She refused to accept responsibility for any of it. It eventually ended, and I was feeling no better than I did when I first got home.

I thought I found my real family, but what I found was a dysfunctional community of insecure women and lies so thick, a chainsaw’s blades wouldn’t have made a dent.

I finished dressing for work. One glance in the mirror showed a well put-together professional, an attractive deep mocha-colored sister with a razor sharp pixie haircut or depending on the mood, sporting one of my high quality wigs of different hues, shapes and lengths. As a curvy woman, I was meticulous about my appearance. I always started from the bottom up, picking out my shoes first. Then I’d add my accessories, which always included a bracelet and necklace. My look was always coordinated, mixing and matching until it looked like the perfect facade, hiding behind whatever depiction of normalcy I could present to the outside world.

Tyson was a very handsome young man. When I first met him he instantly captivated me with his deep voice, then I fell for his strong physical appearance and after a few conversations, I gained a peep into his impressive intellect. He was bearded and looked like he could have been a distant cousin to Teddy Pendergrass. He continued with the cold shoulder, not even glancing my way, as I said my ‘goodbyes' and got in my car.

I had a short drive to work. I liked my job, and I liked my co-workers. I was talking on my cell phone, engaged in a conversation meant to help shape my attitude. I needed a laugh, a friendly word. I needed more than just a “hey girl,” kinda phone chat.

This book shares the story of a young successful woman that lived a life most only dreamed about. She excelled in her career and business while traveling the globe, only to be forced to face her hidden pain that she privately struggled with for decades. Her pain surfaced through a series of stressful events that eventually led her to attempt suicide. This book is written to help others that are managing public success while battling private struggles. “Discovering Me” is a transparent story of encouragement that also includes a workbook area, a journal area, a greatness guide and a professional resources guide.

Lerrat Campbell, a South Carolina native, is a Special Disabled Veteran and twenty-five year career woman in the field of Government Purchasing, Commercial Contracts, and Supply Chain Management. Lerrat holds a degree in Accounting, a second degree in Business Management and holds numerous certificates in various areas of professional development. Lerrat’s personal mission is to help people move away from the fear of the stigma of being diagnosed with a mental health condition. Lerrat was diagnosed in 2015 with Depression. Through traditional therapy and clinical rehabilitation, she is a success story on her journey to healing!