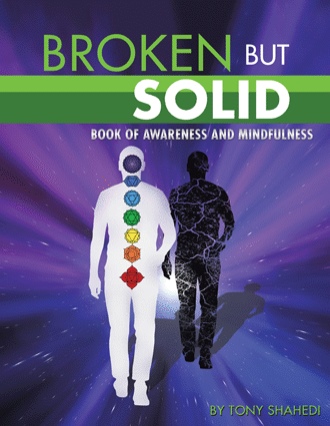 I was born in Tehran, Iran on April 2nd, 1959 – the day after April Fools’. My mother used to tell me stories about how hard I kicked inside her and how I resisted exiting her until midnight. She told me about how everyone reacted to the unusual birth mark that I have to this day. It amused her, she said it was like a message from another world. The mark read seventy in Iranian, a precise number with profound imagery. The mark looked so crisp that it seemed impossible for it to have been an accident. Family and guests would later pay me to see it. I still remember the look on their faces. Something else widened onlooker’s eyes at my birth. I was born with a thin, white substance covering my face. A holy person, well-respected by the community, was called in immediately and was astonished when he saw it. He said a few special prayers and declared that there was something special about me. Weeks after, we moved to Abadan, where I was raised until the age of seventeen. At the time, Abadan was surrounded by artillery and sandbags because Iraq was just across the water and tensions were high. My father was head of intelligence at one of the world largest oil refineries. He was tasked with defending it from Iraqi attacks. He was connected to so many people in high positions that it took me fifty years to unravel his network. He also had three thousand soldiers at his command. He was a great man and a provider. He tended to our needs and devoted himself to my mother. My mother, apart from having an amazing touch when it came to cooking, was the friendliest, nicest person I know. I can still taste her dishes. Everything was homemade, including tomato paste and sauce with juice; strawberry, orange, and blueberry jam; and pickled vegetables. When she wasn’t cooking, she kept herself busy by sewing calmly. My upbringing was ideal, but I experienced several incidents that left many in my family worried for a long time. At five years old, I had accident that left me in a difficult condition.

Should we fight every moment that doesn’t match what we pictured or wished for? Conflict and anxiety can play too large a role in our daily life. We may feel dejected after expecting too much from a particular moment. However, moments are transient, they can be altered and reconstructed by perception as we internalize them and store them in our mind.

Tony Shahedi, On June 2009 he was diagnosed with stage four cancer MCL or Mantel Cell Lymphoma. As he was schedule for an immediate chemotherapy he decided to turn down his chemo and look out for natural solutions as soon as he knew about this terrible diagnostic: “Fibro Myalgia chronic pain disease.” Very inside of himself he had the answer and an option that will permit him another way to survive. His option to heal was through: “body and mind.” That meant to be through peaceful mind and peaceful thoughts by reprogramming the paradigm that was hunting him with bad karma from the past. This book is written to give people an option among many and to help you to overcome any stage of life healthy or not. Tony’s only intention is to provide you with his personal experiences and information that kept and help him to be alive until this day. It has been seven years since the horrible medical diagnostic. when he was looking for answers he couldn’t find something that could give him peace of mind so, Tony decided to begin his long term medical research. His experience and the results of this huge investigation and research is what he is sharing with all of us now and motivated him to write and to share this book with everyone that is in need of “ Better thoughts, accurate perception, clear mind and especially healthy and happy relationships.