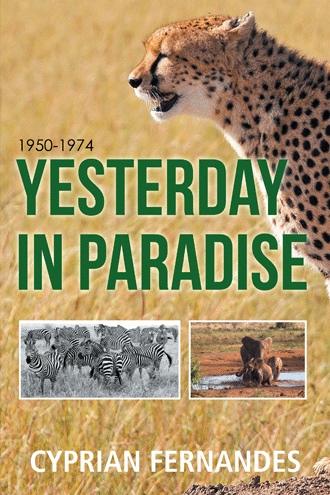 Author Cyprian Fernandes was born a war baby in 1943 in Kenya. Forced to leave school at the age of thirteen because he would not drop his pants for a caning, Fernandes experienced a wild and epic childhood. In Yesterday in Paradise, he tells his story growing up in colonial British East Africa.

With a history of the region and the people originating from the state of Goa, India, and the Republic of Kenya, East Africa, woven in, Fernandes shares a host of stories that became a part of his first twenty-plus years. He was in the middle of the bloodcurdling Mau Mau rebellion and was arrested with thousands of others. He was there when Pio Gama Pinto was murdered. He embarked on an adventure that eventually took him to the four corners of the Earth. He travelled the length and breadth of Africa, the United Kingdom, and Europe as an investigative reporter.

Providing a look at Fernandes’ eventful past, Yesterday in Paradise narrates a memoir filled with prejudice, murder, conflict, and more. He shares the events, the people, and the many, many places that fashioned his life.

Cyprian Fernandes worked as an investigative newspaper reporter. He and his late wife, Rufina, have three children. He lives in Sydney, Australia