In the Mists of Paluma 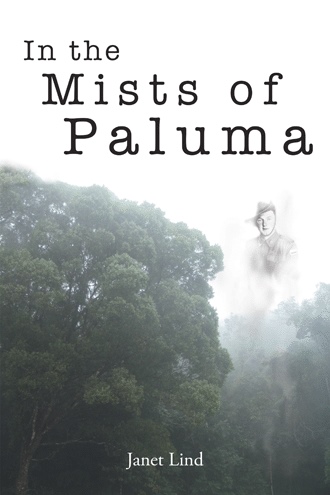 She was lying on her fiancé’s bed-roll in the mossy clearing; warm and cosy where his body or the rug covered her; cool and fresh where the early morning air caressed her bare skin. It had been a night of such contrasts. She’d had periods of lucidity, where her open eyes gazed in reverence at her lover’s handsome face or wandered over his body admiring the beautiful contours of his wiry form. She’d noticed the half-moon, straining to cast its beams towards them through the heavy foliage of the surrounding woods; and she’d basked in the eerie glow of the fairy mushrooms hugging the roots of the trees that watched over them. And then she’d had times where she was in another dimension: a primeval place consisting only of sounds and sensations, desperate desires and fantastic fulfilment. Guttural cries and sobs of pleasure had filled their world as they’d moved in unison, blending their bodies and merging their souls. Now she lay relaxed, her body entwined with his, but her mind free to wonder at the beauty of life and the miracle of love; and the knowledge that this magical experience had changed her forever. The sun’s rays peeked through the trees and warmed the earth, teasing the fine tendrils of mist, and raising a musky, earthy smell that she would love forever. She reached for her beloved. They had so little time together and she wanted more memories to keep her warm when he was gone. He stirred and woke up smiling; and they made love for the last time. ∞ Sandy groaned. She’d been lying awkwardly in the crawl space under her house for what seemed like ages and her body was cramped and cold. Slurp! Friendly added to her discomfort by planting a slobbery kiss on her face. “Thanks, pal,” she muttered and began to ease herself into the correct position for crawling out of there. “Oh, hang on, boy!” she told the impatient puppy, “I need to extract this bracelet first.” She reached tentatively for it, hoping that it wouldn’t initiate another vision—as delightfully sensuous as that had been. Nope, no vision! She tugged gently, and then a little harder. The jewellery was wedged between the floorboards of her sitting room and only a small portion dangled below. It was a miracle she’d seen it at all in the dark and dingy space but a tiny beam of light had reached in from outside and caused the silver to sparkle. Uh! One last tug and it was out, thankfully undamaged. She turned onto her stomach and crawled out of the dirty space. She moaned as she got to her feet. There were parts of her body that ached that she had forgotten she even possessed! And she was filthy! She needed a long, hot bath. “Thanks, buddy!” she told Friendly sarcastically, who couldn’t see what all the fuss was about. So what if he’d chased a mouse into the crawl space and got his collar hooked on a nail? Yes, it had been a worrying few minutes as he’d waited for Sandy to hear his wails but she’d soon come to his rescue. And it had been really awesome when she’d frightened that brown tree snake and it had slithered past her—or had it frightened her? She certainly had a good pair of lungs on her! He figured she’d just been as excited as he was ‘cos he’d also barked like mad and wagged his tail about. Perhaps they should do it all over again sometime tomorrow? Except this time he hoped she wouldn’t go to sleep; he didn’t like being ignored for long! Sandy patted the dog on the head and went inside to clean up, admiring the bracelet as she walked. Then she saw the clock on the kitchen wall. Damn! Where had the time gone? She had to fetch the children soon. So much for a long, hot soak in the tub with plenty of time to recall the sensory delights of her vision; she’d have to settle for a three-minute shower instead!

Rick Galloway is strangely drawn to Paluma, a mist-shrouded Australian mountain village. As he dutifully follows an unusual pull and arrives in the town, everything seems oddly familiar. When his journey leads him to the library to learn more about the history of Paluma, Rick has no idea that he is about to come face-to-face with his destiny. Sandy Carlyle is a single mother reluctant to trust in love again. Her failed marriage is proof that love can die. But when Rick unexpectedly stumbles into her life, she finds it difficult to keep him out of her heart, mind, and visions. While Rick is determined to protect her, he is plagued by recurring nightmares, a bizarre fear that he has lost Sandy before, and an unusual unwillingness to view the waterfall near her home. As Sandy and Rick fall in love, they make a shocking discovery: they may have known each other before. It seems they are finally destined to live a long and happy life together. But then again, fate delights in playing little games. In this multi-faceted tale, a man and woman brought together by circumstances beyond their control become intertwined between the past and present as they attempt to learn if they are meant to be together forever.

Janet Lind believes that the most amazing thing in life is how love, consciousness, and quantum particles appear to transcend all previously known boundaries of time and space. She lives with her two children in Queensland, Australia, where she is passionate about studying the supernatural, the unknown, and the mysterious. In the Mists of Paluma is her first book.