A View from The Source 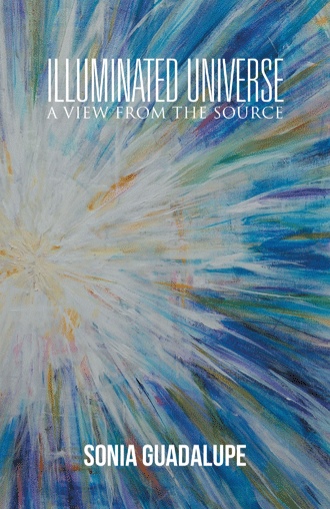 Chapter 1 – Time to Go Nothing is faster than the speed of thought. I was shown this and more through an experience that lasted only a few seconds yet its effects were permanent. It happened at point in my life where I found myself burned out by the efforts I had been putting into my Energy Therapy business, as well as my personal and professional relationships, in the hopes of helping it all grow. A positive attitude had always helped through the rough spots, but as time went on it was becoming harder to look on the bright side. It seemed as if, regardless of my good intentions or how focused my efforts were, nothing appeared to be making a difference. I had no more ideas. Thinking was exhausting. Rather than pulling myself up by my bootstraps, as I had done in the past, I found myself wallowing in doubt and self-pity. My belief that things would get better was floundering as a string of disappointments in both my professional and personal life left me disillusioned. As I was getting ready for work one morning I was also ready to give up. Wednesday, January 7, 2015, I loaded my car for work. Feeling disheartened, I looked at the sky and asked, “Is anything I do any good at all? Does it even make a difference?” The car’s digital display said it was 7:43 a.m. and 22 degrees F° outside. I got in and drove off to see my client. It takes about a minute to travel from my house to 8 Mile Road, which is a busy highway leading to the interstate. Before I can get across, I have to turn left onto a short side road with a grassy median with trees on either side. A couple of inches of snow still covered the grass from a snowfall earlier in the week but the roads were dry so I was surprised when my car started going into a spin as I made my turn. I slid and spun across the road, heading towards the embankment. There was high curb, which I expected would bring the car to a stop. However, the car continued silently gliding onto the grass, towards the trees. I was not as concerned about what would happen to me as I was about damaging the tree. I was a couple of feet away from impact when a gentle but very matter-of-fact voice announced, “Time to go“. With those words, I felt as if I was pulled up by my shoulders and lifted out of my body. I passed easily through the roof of my car into a still, yet very familiar world. Chapter 2 – The Voyage I was moving up and away from my body, and could feel myself somehow expanding, while suspended briefly over Woodward Avenue and 8 Mile Road — a busy intersection during morning rush hour. Yet at that moment, everything was stopped as if someone had hit the pause button during a movie. I became aware of being immersed in an ocean of information while at the same time I knew that I WAS the ocean. Though it was a flood of information, it was not at all overwhelming as there was a very definite order to it. The voice that had announced my departure was now conveying information in a very quick and matter-of-fact way. All of it was very easy to understand even though it was very fast and coming through a type of substance. This substance was formed by thought, filled with thought and conveying to me at the speed of thought. There were no fragments, no incompleteness, only a sense of wholeness with a definite purposefulness. Part of its purpose was to let me know that I was in the place where All originates, as thought energy. In less time than it takes to blink an eye, I knew every person within that intersection at that moment. I was aware that I WAS every one of them simultaneously. I was with each individual and also WITHIN them, passing through, as it were. I knew every detail of each person’s life. I could see, hear, and feel their joys, their happiness, their fears, their hopes, their anguish, and their frustrations, all at once. I was no longer separate from anyone. I experienced the spectrum of humanity’s emotions in unison while still being able to pick each person out individually, including family and friends.

Seven days into the New Year in 2015, I was exasperated that despite my best efforts, situations in my life continued to appear to be going down instead of up. Leaving for work that morning I looked up at the sky and questioned my purpose out loud, wondering if anything I did even mattered. I certainly didn’t expect an answer or anything remotely close to what happened next. But, less than a minute later, as my car slid towards a tree, a disembodied voice gently announced, “Time to go” and I was pulled out of my body before my life would come to an end. What followed was a life altering journey into simultaneous realities where time ceased to exist. The information revealed to me will give you a new perspective on reality. Also included are practices to help you discover, align and transform your energy awareness and well being.

Sonia Guadalupe is a graduate of Wayne State University; an Associate Polarity Practitioner, reflexologist, clairvoyant and artist. She lives in Michigan with her family.