Growing Up With Cerebral Palsy 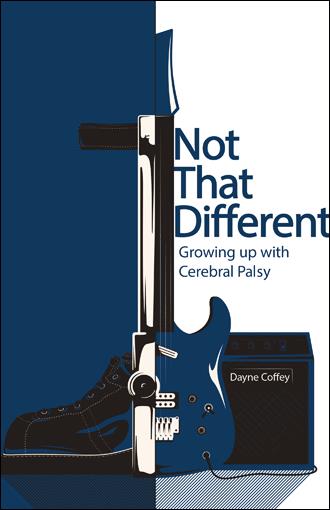 As he started up the sidewalk of the school toward the door he noticed the looks, those all too familiar looks that always came his way when he walked by. The look said, There’s something different about him. They were right. It was also a look of not knowing, sometimes not understanding. Even at five years old, he had known that look. He’d seen it countless times before. It wasn’t just limited to young children who didn’t know any differently either. Adults were just as capable of firing that look off too. It made Alex feel there was something wrong with him. Why else would they stare for so long? I’m not that different, he thought. Why do they always stare?

Alex Foster is just a normal, everyday kid except for one glaring difference; he walks with a limp that causes him to stand out in a way he’d prefer not to. Not That Different – Growing Up with Cerebral Palsy is the story of a boy with big dreams, but his biggest dream is for people to look past the limp, drop their preconceptions of what he can’t do, focus on the things he can do and see the whole boy. Every year that passes, the stigma of his cerebral palsy fades away and by the end of high school he’s just Alex.

Diagnosed with Cerebral Palsy at the age of two caused by a traumatic brain injury at birth, Dayne faced some of the unique challenges that growing up with a disability can bring. With his love for sports from an early age, he traded playing for an early opportunity to coach youth soccer and turned that into a career lasting over twenty years, while building lasting relationships along the way. Dayne is an avid student of the guitar and enjoyed playing in multiple bands through high school and college. For the last thirteen years, he has been a professional in Information Technology holding multiple industry certifications. He loves travel and his new hobby of photography. Currently he lives in Midwest City, OK, with his wife Paula, and his two stepchildren, Chris and Amber.