One Mother's Journey After the Loss of Her Son 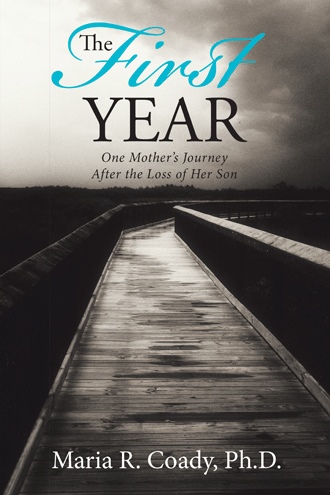 Death consumes me in the weeks that follow. It’s all that I think about, day and night, as if thinking about it intensely would somehow reveal its mystery, the mystery of my son’s death, which I could then solve like a Sherlock Holmes novel. A clue, a sign, a signal. I return to the crash site, now the memorial site, and search for more clues. I look up and down the busy streets that lead to the intersection and reach for odd pieces of plastic or trash that might be from the crash. I watch drivers pass and try to connect their driving behavior to the possible events that happened that night, tirelessly analyzing the sequence and changing of the streetlights-–the red balls, the flashing yellow arrow, the green. I count the length of the green light before the yellow arrow begins to blink, I count the time of the red lights before the perpendicular traffic gets the green. There has to be logic, reason, an unraveling of the mystery. The last song that my son played on his iPhone before he died was 1979 by Smashing Pumpkins. The album is called Infinite Sadness, as if he knew what my life would be like. I look up the lyrics and hang on to each word in the song as if it may have spoken to him and informed him of his impending death. I don’t even care to shake these zipper blues. And we don’t know just where our bones will rest Forgotten and absorbed into the earth below Did you know, Thomas? Were you afraid? Would you have taken the bike that night? By now I have heard multiple personal testimonies of people who experienced near death experiences or traumatic accidents and left their bodies. One person is Martina, a family friend in Ireland who tells me about the time when her car hydroplaned along a narrow roadway in the countryside of Ireland. It flipped over the embankment and into a ditch alongside the muddy road. She could not recall exactly how long she was there, as if time and space had no more meaning, but she felt herself lifting up from her body and then looking down at the scene of oncoming emergency workers attempting to free her body from the vehicle. She could not believe the freedom she experienced, the energy released from her body, the unconditional love she felt for herself and others. She explains it as “immense peace.” I hinge on her every word, wondering if it was the same for Thomas. In my mind’s eye, I play the scene out: his cartwheel over the red pickup truck, landing on his back, and his breath halted. There’s the black Hard Luck helmet with white scroll letters filling with blood but he doesn’t feel it because he’s floating up like a hovercraft lifting in muted sound. Everything is in wavelike form. He watches people exit their cars and come running, care exuding from their bodies and he feels it, he feels it as love toward him and all beings even though they don’t know who he is. The streetlights hanging over the intersection change in slow motion and the red, yellow, and green colors are faded like a sepia photograph. And he sees Halie twenty feet away, crumpled over like a pile of clothing without form, the helmet flung into the bushes along the roadway. Maybe he takes her hand or maybe they look into each other’s eyes and know. There’s no pain, there’s only warmth. People picking out Christmas trees at the corner turn to watch, unsure what to do. More spectators come, many on their cell phones. The crowd grows. It grows helpless. He rises a little higher and sees me sitting at the bar of the restaurant three miles away. He feels what I am feeling at that exact moment—frustration, concern, agitation. He knows that I know that something isn’t right. And he tries to comfort me and guide me safely to rest. He whispers to me a wordless message, “please go home and rest a few hours, mom.” I will need it because, he knows, all of the next moments of my life will ache. And the ache will never leave. It will make me tired beyond sleepless nights with babies. He knows the unconditional love I have for him and he, too, feels immense peace.

On December 6, 2014, Maria Coady’s only son, Thomas, died unexpectedly after a tragic motorcycle accident left him with irreversible brain injuries. The passenger on his bike also died of similar injuries. He was 22 years old and a promising pre-medicine Biology major at the university where Maria worked as a professor. Thomas was her closest ally, voice of reason, and teacher of life. Most days, Maria found it impossible to believe that Thomas was gone. Her life became divided into two parts: before Thomas died and after Thomas died. As she struggled through shock, anguish, heartbreak, and deep despair, Maria tried to make sense of her world. She wondered how other parents dealt with their grief and how life could go on without her son in it. This is Maria’s unique story. It is about what she experienced “the first year” after the loss of her son, and the ways that she tried to cope, and the strategies she used to survive. This is a story that offers affirmation and hope to parents who have faced a similar loss, and insight to those who seek to understand the loss of a child.

Maria Coady, Ph.D., has been a scholar and educator for more than 25 years. She holds a Ph.D. in education from the University of Colorado, Boulder, and works nationally and internationally in the area of second language education.