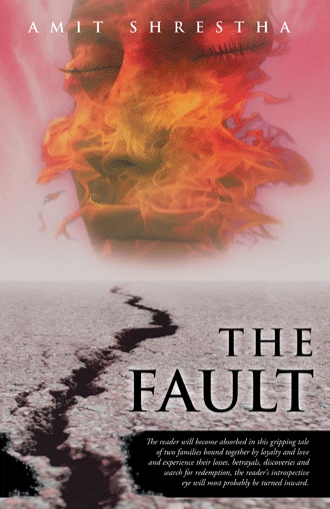 In the spring of 2015, an immense earthquake shakes Nepal and ends the lives of many. Families are broken apart, as are relationships, as the country struggles to heal despite amazing tragedy. Some rise and help their suffering neighbors while others are reduced to the basest instincts of survival and prey on the weak and helpless.

What happens when mankind loses all that defines it as a person, a family, or a community? Civilizations, no matter how modern, are forced to rebuild following massive natural disasters. In the case of Nepal, citizens face a decision: rekindle the flame of resurrection and rebuild or surrender to feelings of hopelessness and die an apathetic death?

As friends and families face injustices and fight to survive, they also find small pockets of hope amidst the debris. Of course, others find nothing but hate. Two families in particular are bound together by loyalty and love. They experience loss, betrayal, and discovery while searching for redemption, despite the seemingly vindictive obstructions of Mother Nature

Amit Shrestha was in the middle of the city, where the most destruction occurred, when the earth shook Nepal. He survived, while many others perished. He is a John Maxwell leadership and personal development coach and speaker who now lives in Sydney, Australia.