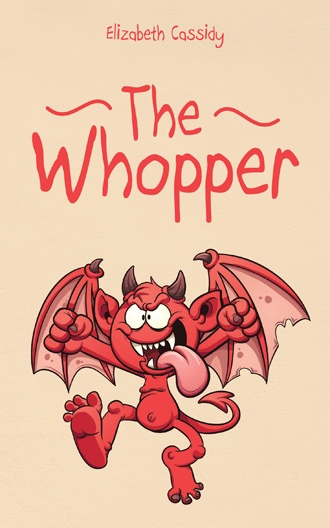 Faith, Hope, and Charity grow up in Melbourne, Australia, engaging in what at first seems to be normal sibling rivalry.

Charity becomes a master at telling lies—or whoppers—and her mother sees her as the most responsible one. When Charity grows up, she realizes that her parents are aging and could die at any time, so she starts plotting a way to get at their money so she can upgrade her lifestyle.

Hope is also desperate for money, and she teams up with her sister to try to get a share of the loot. Together, they try to make Faith look like an uncouth, working-class woman who doesn’t deserve anything. But Faith is smarter than her sisters give her credit for, and as Hope and Charity seek to outdo each other, she waits for their clever lies to come undone.

Only time will tell who’ll enjoy the spoils as Faith, Hope, and Charity (the three Christian virtues) spin their yarns in The Whopper.

Elizabeth Cassidy, a native of Sydney, New South Wales, Australia, went to school on the northern beaches of Sydney, and she lived in the area for the next fifty years. She is a widow and retired on the beautiful central coast of New South Wales where she enjoys gardening, reading, and writing.