and The Hidden Truths 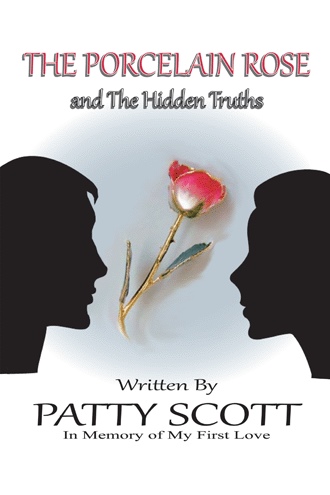 All right All right, I will get this done so that you will quit pounding on my heart, you know that nagging tug on your heart when God is talking to you and telling you to do something. Kira kept pushing it off. She didn’t want to or: was she ready to deal with the consequences. You know when God wants something done; he will keep knocking until you listen to him. He is a patient man, but he is persistent too. Kira married a man that wasn’t capable of loving her the way that a man and a woman were supposed to love each other. They were married in times where he couldn’t or wouldn’t trust her to tell her the truth. So many stories so much not said and the “HIDDEN TRUTHS”…..The hurts and the pain that each of them had to carry for so many years. She blamed herself for so long; thinking she wasn’t good enough……Why did he keep all the pictures and the gifts that she ever gave him? She kept the snowmobile suit, the boots, and the rose………….He wasn’t the one she thought he was and her dreams didn’t turn out as to what she thought that they would be…….. She had to much hurt and anger in her it took her 35 years before she would forgive him and before he would tell her the truth. Neither one of them were capable at the time to face what was happening or what the truth was. They forgot to lean on God and take it to God to help them. It’s not that he didn’t want to love her it is that he couldn’t love her, not the way that she wanted and needed to be loved. She couldn’t love him the way he needed to be loved and she didn’t know what the problem was. When they were married it was not a time when someone could talk about what the issue was it just wasn’t the time or the place. All along she kept saying you don’t forget your first love…………….. You have to remember who your first love is. She learned a lot in the past few months and the past five years. She has learned that in life sometimes things just happen and there isn’t much you can do about them. She has learned that people come into your life when they are needed and they go away for no apparent reason. “Love” is one of the most important things that can be given to someone. Kira has been in contact with some of the people from her past, people who she went to school, loved and lived with. For several years she tried to in some ways run from her past, she tried to pretend it never happened, or she just wasn’t sure what she was trying to do. She lived in embarrassment and took on the blame that she really didn’t have control over. Now that she has faced it and forgiven the people and asked for forgiveness with the people she loved the most and made contact with them again it has been such a blessing in her life, she is learning that even in the tragic times for her…. there were blessings and lessons to be learned. God has turned it into something beautiful…… When she was younger she was so impressionable and took things to heart. When she got hurt it hurt so deep that at times she didn’t ever think she would get over it. Kira felt like the whole world was against her, she couldn’t figure out why it was happening or what she did to deserve it. OR: if she could even stop it from happening. Now she has seen that there was more to see than what was in that moment, she tried to shrug it off her shoulders and move on. Anyway that is what she thought she was doing, when in reality she was just trying to hide or run from it and not deal with it. Kira knows now that it wasn’t what was happening at all. Now she notices where people really did love and care. She thinks in so many ways she was her own worst enemy. When you don’t talk to people and you try to work things out in your mind you make it worse than it is or you can make it better than it was too. She has hooked up with a friend she had in high school; that was one of her best friends that she ever had. She too is and was so full of life and always laughed with Kira and smiled like an angle. Her face lights up when she smiles, and even when she is hurting so much inside she still smiles and laughs and shares her most inner secretes with Kira. They get to have lunch together often. They hadn’t seen each other since they were in their teens. This was one of the most rewarding and happy moments that they will treasure for the rest of their lives. Kira found that when she tried to keep the sadness and the painful moments out that she also closed out the happy joyous moments. Kira was raised in a small town, where the wind blew a lot; she had a large family and her mother raised the kids most of the time on her own. Their dad worked away from home a lot and at times was just away because she guessed he wasn’t able to deal with all of the kids, they were a handful, her mom was amazing!! Kira can only imagine what she felt like at the end of each day, because she knew how she felt when she had to work and raise kids and she only had a few. Anyway: her mom has her own story and she hopes one day her mom will tell it, because God really worked

Over the past few years, we have come to broaden our definition of who can make up a couple. It wasn’t that long ago that mixed-race couples were illegal in some states. Today, most people accept that love comes in many forms. In her book Porcelain Rose, author Patty Scott tells Kira’s story. A difficult childhood led to marriage to Nevan. She couldn’t love him the way she felt she should, and he couldn’t love her as she wanted and expected. There was something “off,” but in the early 1970s, some things just weren’t talked about. Kira’s reflection on her past adds insight to what could be wrong in her marriage—and her life. She had a difficult childhood with a father who was often absent. And now, in some ways, she seemed to be reliving her mother’s marriage. Porcelain Rose is a reminder that sometimes there are no perfect solutions to difficult situations, but God is always there for you. He loves you completely. Porcelain Rose is a story of a love that never dies. Like the porcelain rose, the love survived the social taboos and turmoil of the early 1970s. Despite time so long apart and the social stigmas of the era, the love survived the “dark secret,” and it became an undefined love that defies definition. —Rockney Van Forsberg (aka Rock, aka Rocky)

The author had several times in her life when she felt alone and forgot that God was always there to help her. She was inspired by the way that in all bad things that happened something good has come from them and she is amazed as to how God has shown her and helped her.