From the Inside Out

Finding your Freedom from Controlling Relationships and Domestic Violence 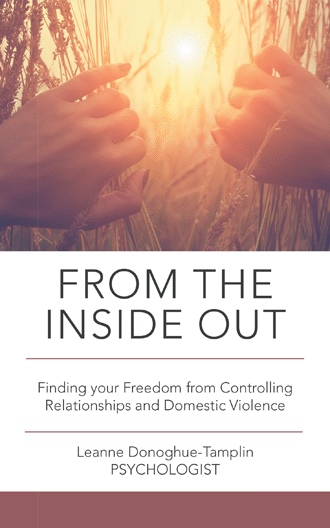 The reason this increasing intensity is significant is that it reflects the process of training happening within the relationship. The aggressor keeps the initial explosion phase less intense to ensure their partner doesn’t overreact and leave the relationship immediately. Over time, they build the intensity of each phase, allowing them to keep doing the behaviour, while also maintaining the relationship. There is a strategic nature to this pattern. It is a careful system of pushing and pulling that leaves the partner rattled, doubting themselves, feeling guilty for the violence, and putting up with the escalating intensity because the behaviour becomes familiar. This process also means that as the violence becomes more severe or more shocking, the woman becomes accustomed to the behaviour whereby she cannot see how bad it really is. Women in this place will often minimise the explosions, make excuses for their partner’s behaviour, and struggle to make good decisions (they have lost their connection to their own sense of what is right and wrong). Why Women Stay There are a variety of reasons that women stay in these relationships. The context of the escalating cycle of controlling and violent behaviour has a big influence on the reasons outlined below. One or more of the following reasons may be why women stayed: • They are afraid of what the violent person might do if they leave. They have likely been threatened before regarding what might happen if they were to leave, often justifying these fears. In fact, research indicates that women and children are most at risk after they separate from the controlling partner. • They are financially dependent on the perpetrator. It is likely that the perpetrator has either controlled the finances or trained the woman to believe she does not currently have the resources to take care of herself. • They have no support networks to fall back on, usually because the perpetrator isolated them from everyone previously in their circle of influence. • They have very low self-esteem because of the ongoing criticism and emotional abuse by the perpetrator. They have been trained to think they cannot cope by themselves. • They feel powerless to act, and feel that nothing they do can fix the situation. Some women feel that they will be hunted or chased, leaving them with no escape. • They may feel that their children are better off in a two-parent family, or that they do not want to give up on their ideal of a real family. Consequently, they persevere, hoping the situation will change. • They are too embarrassed to admit to others that they live with violence, usually because they blame themselves for the failure of the relationship. Or, if not ashamed, they may feel that no one will believe them if they do choose to talk about the situation and their feelings. Often the perpetrator is well-liked by others and keeps their violent tendencies well hidden. Perpetrators are also frequently excellent liars; some even create stories about their partners among their social network to ensure they won’t be believed if they do share their story. For example, the perpetrator plants the seed that she’s crazy, or she is violent. • They feel they will be alienated from everything and everyone they know if they leave, based on religious beliefs or cultures discouraging divorce and separation. • They have very little knowledge about the situation they are in, their rights, and the support available to them. In fact, many women living with domestic violence do not think that their situation is actually domestic violence. • They may think that a level of violence is normal in a relationship if they have either lived with violence in the past or there is violence around them. This is likely reinforced by the perpetrator. It is not About You! People without the experience of domestic violence or controlling relationships often have incorrect information or stereotypical beliefs about people living within these relationships. Most people do not understand why women stay. And sometimes outsiders think that the woman deserved the abuse in some way. Society has a tendency to blame the victim in these types of circumstances, such as saying a woman with a short skirt asks to be raped, which is absolutely not the case! Violence only occurs because someone is violent. People argue in relationships, people can have strong opinions and get very angry with one another. Yet, there is never a need for intimidation, threats, aggression, stand over tactics, or violence. The only person to blame for violence is the perpetrator. Domestic violence says nothing about the victim. Rosie Batty, the 2015 Australian of the Year whose son was murdered by her ex-partner, became famous because of her statement soon after this tragedy, when she said “I want to tell people that family violence happens to anybody, no matter how nice your house is, no matter how intelligent you are.” My mantra when I work with women with experience of domestic violence is: “It wasn’t about you.” This is the foundational concept that women must understand supported by the information covered in this chapter. Controlling and violent relationships are not about the victim. There is no way of knowing that a person will become a victim of violence. Perpetrators, however, usually re-offend over and over again. There is little a woman can do to stop someone being violent if that is their plan. Violence and sexual assault are never about the victim.

From the Inside Out is suitable for anyone that has, or is currently, living in a controlling or violent relationship. It is also very useful for people supporting others that are experiencing these types of relationships. It won’t matter where you are in your journey, it is likely that you will find different points of relevance in this book when you come back and read it again at different times. It has been designed to walk you through the steps of recovering from controlling or violent relationships. More than just giving you information, this book has been developed as a psychological education tool. Each chapter includes information, strategies, and resources, as well as practical activities to complete.The strategies, information and skills in this book are designed to be readily applied in day-to-day life.

Leanne Donoghue-Tamplin has been an international speaker, author, psychologist, and trainer for over twenty years. She works predominantly with women and has researched, spoken, and written on success, overcoming challenges, resilience, gender inequity, domestic violence, pushing through fear, and psychology generally. She has authored and co-authored a variety of books, journal articles and workbooks. She is a graduate of Macquarie University and holds an Associate Diploma in Social Welfare, a Bachelor of Arts (Psychology), and a Post Graduate Diploma (Psychology). She is registered as a psychologist with the Australian Health Practitioners Registration Authority and is a Full Member of the Australian Psychological Society. Leanne has coached, trained, counselled and mentored hundreds of women and men to let go of their limitations and utilise their assets to define their own success. Her focus is on moving people to create change that leaves them feeling fulfilled, purposeful, in control, free, and joyful.