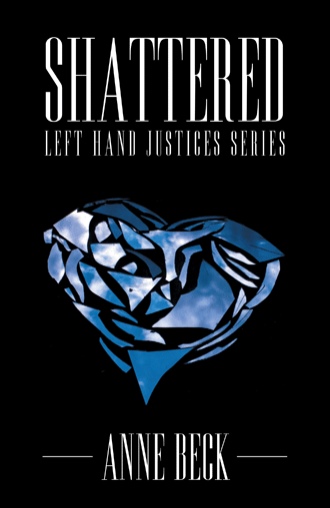 Had it really been ten years? Driving along, she noticed that the sights and smells were the same. The smells brought back some happy memories, such as the smell of freshly turned earth ready for planting and of fresh air. However, other scents brought nightmares of horrors that no child should have to live through. The smell of mint on a warm summer night triggered a unique pain and fear in her. Why was the air so much better there than where she had been living? The smells told her she was back where she had grown up, in this state that she knew so well. It was late spring, and many of the fields were being plowed in preparation for the year’s crop to be changed from wheat to corn. She could see the sheep tending their lambs as they ran around, playing.

She was now returning home to face the same things that had prompted her to run away ten years earlier. Only after dealing with the past would she be able to heal and go back to the world she had made for herself—and go back to work.

It almost seemed like yesterday that she had driven away as fast as her car would go. Her feelings were about the same. The overwhelming need to get away from this place came rolling back. She had fled for her survival; if she had not left then, she never would have. Some said that time healed all wounds, but some wounds remained, and no matter what she did, she could not fix them. These were the wounds she needed to heal somehow if she was ever going to be able to move on with her life.

Her superiors had forced her to take medical leave in order to give her body and mind time to heal from her last assignment. The department’s doctor had recommended she take the time off, and her chief had agreed. The injuries to her body would require weeks to heal. Her body had taken five shots, two of which had hit her Kevlar vest, leaving black and blue marks and collapsing one of her lungs. The other three bullets had struck different parts of her body: one had hit just above her left breast, one had hit her thigh, and the worst one had torn through and ripped up a great deal of her side. It had taken hours to find all the pieces of the bullets. She had stopped breathing once in the ambulance and twice on the operating table. It had taken her weeks just to get back on her feet. Her body was healing, but her mind—that was something else. Her other team members on the case that night had been killed. She’d been able to kill two drug dealers, each with a shot between the eyes, before passing out. Her guilt over being the only one to survive made the department heads worried. They called the feeling survivor’s guilt and said she also suffered from PTSD.

What she was coming home to face scared her almost as much as it had when she’d left long ago to start a new life. It was funny that now she was returning to heal from the very thing that had started all of this. She was going back to the source of all the problems she had been running from all these years. She knew she needed to come home to face her demons, and there were many of them to face. She hoped it would heal her shattered heart and her soul, which had been numb and cold since the day she’d left.

She headed north up I-5 with the radio turned up, and sounds of classic rock filled the car. It was late spring, but the temperatures were already in the low seventies. She was used to the high eighties typical of Phoenix, Arizona, where she’d been living. Having driven for more than eighteen hours, she needed to find somewhere to rest and put something in her stomach, not to mention the gas tank. She directed the car to an exit in Ashland to get something to eat and find a place to sleep.

There was a Denny’s, which wasn’t busy. She parked and reached behind her to the backseat for her coat. She needed it not to keep her warm but to cover up the gun she carried on her shoulder. To have something to do while she ate, she picked up a newspaper on her way in and then asked the hostess for a table near the back of the restaurant. Ten minutes later, she had ordered and was taking a sip of her coffee, when a commotion caught her eye. She looked up to see the waitress talking to a couple of local cops and pointing her way.

Fuck! she thought. Any type of contact with the local law was the last thing she needed to deal with. She tried to ignore them and continued to skim the paper. The sound of a man clearing his throat broke her concentration.

“Excuse me, miss, but could I have a word with you? Please keep your hands in plain sight.” The officer appeared young, maybe just starting his career in law enforcement. His partner was much older, with gray hair and weathered skin.

“Yes, Officer, what can I do for you?” she replied.

“Could we take this outside, please?” the older officer said.

She suspected that someone might have reported seeing her gun when she got out of her car. She walked outside ahead of the two men, keeping her hands in plain sight. As they stood outside next to a car, she asked, “So what can I do for you both?” 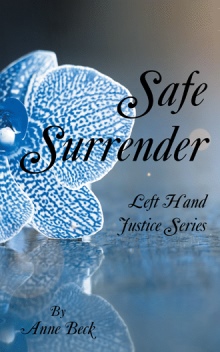 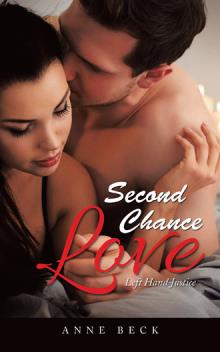 Tesa fled 10 years ago, from the nightmare of her life, and the abuse by her father. She vowed that no man will ever control her again. Needing to returned to fight her demons to be able to move forward and let go of the past. Little did she know that she was heading towards her future. Could she accept what fate has place in her path. Fate had set Logan in front of her. He was tall dark and sexy as hell. Could she let the past go, and let it heal her shattered heart? Or will she turn away from a chance to found love that is only in books.

Anne Beck is the mother of three grown children. She is a first time grandmother with the birth of her grandson this year. She refers to herself as a hopeless romantic. She lives in Salem, Oregon and is a widow. She enjoys the great Pacific Northwest hiking and trips to the beach. By taking life problems and founding ways to cope with them and still remain true to one’s self. She believes we all have an inner strength that when tested can only show you just how strong you can be. She wants the heroines and heroes to have flaws just like the rest of us.