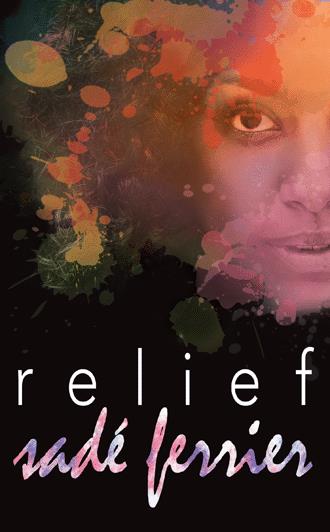 It may be man’s greatest motivator. For what other reason do we live? For what other purpose do we get out of bed, put on a smile and attempt to brave the cold world in which we are forced to live?

People are afraid of failure, of heights, of monsters under the bed and of death. We offer our breaths as sacrifices to fear; we move because of fear. Everything we do is ruled by fear.

I believed in God. I mean, I still do. Sometimes. He was the One who rescued me from fear when I was alone with a newborn; when I was confused and couldn’t understand why a man who loved me with tender kisses and long gazes on my front porch had suddenly disappeared.

You think I am using a figure of speech, but he truly did perform a disappearing act. Raheem Rodriguez, the magician. One minute he was by my side, encouraging me, and the next – he was gone. Vanished. Or maybe he was Superman. Maybe he was all he claimed to be, but he was defeated by our kryptonite-baby. But no, it was none of that. In the days following Kendra’s birth, my Super Magician had been manipulated by Daniel Vasquez, his father, the puppet master.

You see, my beautiful boy made a mistake when he impregnated his sixteen-year-old girlfriend. The puppet master was scared. His fear-god warned him that if he didn’t get the teenage father under control, his universe would come crashing down. (Oh, no! What would he do?) Clearly, the solution was manipulation. “Go,” he said to the boy, “leave your family. Tell them nothing. Fly to New York and live as if this never happened.”

The boy was frightened, but the strings around his ankles, arms, and neck were too tight, too strong. He thought it was best, and he did as the puppet master commanded. He was afraid of the puppet master’s power and of what might happen to his new family.

But, against his father’s wishes, Raheem returned (four years too late, some might argue). He became the kind of dad who crawled around on his hands and knees so his daughter could pretend to own a royal pony. He became a friend who whispered words of wisdom when my mind harped on my failures.

As you can imagine, the puppet master wasn’t happy. He needed to punish – persuade, if you will – the puppet into reattaching his strings. He sent a man to harm the one thing Raheem loved more than anything else in the world: his girls.

That man invaded my home, my sense of security, and my body. Before he could complete his task, however, his plans were interrupted. The puppet became a prince and rescued the damsel from her distress. The forces of good and evil warred, and as I sat in the corner and watched, fear – for my daughter, for my prince – motivated me to intervene.

“Fear” is now tattooed on my right abdomen in the form of a nasty crescent-shaped thing. I don’t like to look at it.

Whether I look at the scar or not, it screams itself into my blood, my nerves and my skin with every breath and movement. I stay awake for fear of my dreams – I try to sleep for fear of my reality. At night when I lay in bed, I search for the void in the darkness that waits where my closet is. I expect that man to choose the most opportune moment – like when my breathing became even and my heart was content – to emerge from his black home and find his way onto me, into my bed. I can’t sleep, I can’t eat, I can’t live without feeling that my life is just the rising action to a conclusive attack.

Terror is mine in generous abundance. I think I believe in God, but fear? Fear is tangible. Fear lies with me in bed at night and wakes with me in the morning. Fear numbs the desire to be “better,” as is beseeched of me.

So, no, living is not an option anymore. I tried the optimism thing during the first few days after the incident. I tried underplaying the danger of my new reality, but I quickly learned that such efforts were in vain. Any chance I had at actually living – feeling enjoyment, accomplishment, purpose – was stolen when that man attacked me.

Weeks after the shooting,

Angela is hidden within herself,

Raheem is desperate to connect, and

Daniel and Evita have much to reveal.

In continuation of the dramatic action in Shaken, Relief invades Angela Davis and Raheem Rodriguez’s minds as they confront abuse and fear with fragile faith.

Sadé Ferrier is currently pursuing a master’s degree in marriage and family therapy. She published her first novel, Shaken, at the age of sixteen.