the sweet sound of love Connects 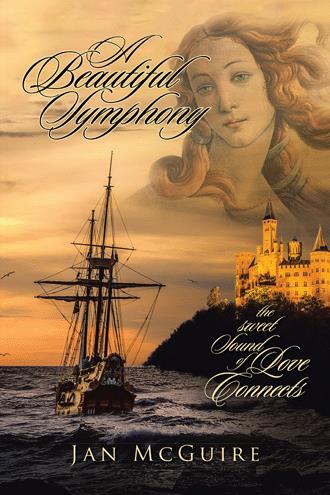 Margareta’s First Week at St Andrea Castle Described in Her Own Words from her Diary “After I meet Sophia, Wolfgang and my three adorable charges, my first day was spent touring the castle. When I was shown my living quarters, I was in awe. I felt the rooms were designed for a queen or a baroness at least. The french influence permeated every inch of the space, it was beautiful, yet inviting and comfortable, a combination the French seemed to have mastered. Old and new pieces were blended together in harmony and juxtapositioned creating an uncontrived look of elegance. Tapestries hung on the wall, light monochromatic colored fabrics covered the furniture and mixed perfectly with the dark wood. Works of art such as sculptures and paintings were placed throughout adding to the overall ambiance of the space. The entire castle had that same aura of refined elegance. Besides looking beauteous, the castle was well run with three cooks in the kitchen and ladies that cleaned. Many men worked outside in the gardens, in the fields and in the barns taking care of the livestock. They all seemed happy doing their jobs and laughter was heard throughout. I felt privileged that day and gave thanks to God to be working in such beautiful surroundings with these enchanting people. The atmosphere reminded me of home, filled with love and caring, only on a far far grander scale. During the next few days I became aware of who lived in the other quarters of the estate. I met the Baron Karl Ebenhard and his wife Joanna Louise and their boys. Karl looked a lot like Wolfgang, but thinner and slighter in stature. His movements were quick and he talked at a rapid speed. Joanna was small too, cute with dimples, auburn hair and freckles across her nose. She was a gentle lady and very devoted to her sons that looked very much alike. They were a combination of both Karl and Joanna with very dark auburn hair and a slight spattering of freckles across their noses. You could see their parents strong influence in them as they both were extremely well mannered and hard working. Both boys were older teenagers and spent a good deal of their time learning the responsibilities and functions of running an estate with their father and uncles. Each family was pleasant and very involved in their own lives, so I didn’t see them each day. After being at the castle for six days, I finally met the youngest Baron Johann Christoph and his wife Maria Anna. It was a gorgeous Sunday and on Sundays it is a tradition at the castle for the entire family to dine together. I dressed the children and brought them down to the large dining room reserved for special occasions and family gatherings. The younger brother’s wife, Maria Anna was not at all like her sisters-in-law. She had a aloofness and an aura that sent out little vibrational messages that told me not to approach her unless she wanted me to. So, I did not! In retrospect, I wish I had tried to speak with her, but I felt somewhat intimidated by her right at that moment. It was not just me she chose to ignore, she treated others the same way. As I looked at her, I felt sorry for her self imposed detachment. She was missing so much joy that she could be taking in from each and everyone around her, but she choose to shut them out. On the other hand, the Baron Christoph was a different story. His presence was unnerving and he caused sparks of tension that circulated throughout my veins. He is, without reservation, the most intoxicating man I have ever seen. When my eyes made contact with his I felt like a bolt of lightening struck me. A flush came over my entire body and I thought my heart was going to pound out of my chest. My knees went weak and I had to compose myself so noone would know what I was feeling. I was glad I had to go back to my quarters and be alone. I didn’t know how long I could maintain my composure. What is this feeling? I hated it and I loved it all at the same time! I gave him one last glance before I left and his eyes were boring into mine with a burning dark light full of emotion that seemed to reflect my own feelings. I swear that light was a warning signal, telling me that I might be in trouble. I hurriedly stumbled back to my rooms with thousands of confused thoughts running through my mind. These feelings of attraction should not be happening to me. Johann Christoph is married! He is not my prince charming! An available man is suppose to make my knees go weak and ignite my heart, not a baron that was just married. And why, is this baron looking at me as if he wants to devour me, when he has a new bride. Maybe I was mistaken, maybe he was not looking at me that way. I was so smitten, I probably imagined it! That’s it, I imagined it! I will just have to control myself and try not to act differently when I am around him. I cannot let him or anyone know how I feel. But of course the more I tried to talk myself out of my feelings, the more I dreamt of his dark piercing eyes and I wondered what it would be like to touch his head of dark curls. His presence was overpowering. He is a gorgeous man that is for sure. He is more handsome than his brothers. They are both very nice looking men, but Christoph has a sensuality that secretes from every inch of his being. He literally took my breath away”

An anguished mournful sound came from Margareta’s throat as she put her hands over her face and lamented. Vivid memories and thoughts about the last few months both titillated and tortured her mind simultaneously. As she sat in the beautiful surroundings of her quarters in the St Andre castle, she asked herself, ”how can a person be enraptured in love and altogether demoralized at the very same time? How can love still live here in my turmoil inflicted heart? Yet it does, because love rules my soul! Love brought me to absolute euphoria and life has knocked me back into the pandemonium of perceptive reality. The extraordinarily powerful joy of joining spiritual and physical love has forced me to face its human consequences.” How can she tell Christoph, and worse yet, how can she tell her parents? Will she and her unborn child be in danger? She knows they will be, but, how much danger?

Jan McGuire was born in 1948. She is a breast cancer survivor and retired Bank Manager/Mortgage lender. During her 30 years in the banking field, she continued her education, receiving her New England School of Banking Certificate at Williams College in Williamstown MA in 1995. She took several courses and earned many certificates but her favorites were her writing courses, a one year Integrity Program and a Beyond Culture communication program. She practices yoga and meditation. She also has a love of decorating and antiques and has earned her diploma as an interior Decorator and is a member of Certified Interior Decorators International, Inc. The art of Feng Shui and the love of French Decor with a Romantic tone play heavily into her decorating style. As a Notary Public for the State of Maine, she has performed many marriages over the past 20 years.