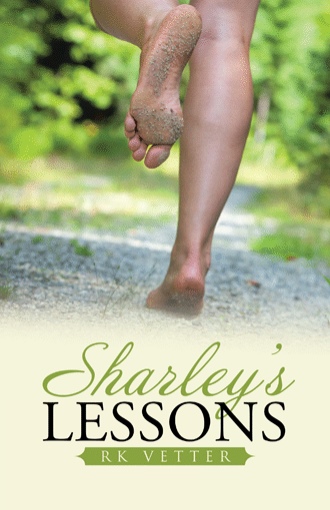 Sharley wasn’t my best friend forever. That’s just because Sharley wouldn’t have the chance at forever. None of us do, of course, but Sharley left me at an age when it had never occurred to us that we might not have a forever.

To be honest about it, I didn’t even always like Sharley. Maybe that’s the way it is with friends. Maybe the liking isn’t the most essential part of being friends.

Or maybe it’s all the little lessons you learn. Because when it came to lessons, Sharley definitely considered herself to be the teacher and all others to be the students.

Sharley’s mom could best explain her name. Dorothy Brown said she wanted to name her daughter Charlene, after an Uncle Charles, but she didn’t want people to call her baby girl Charley. She wanted them to call her Sharley. So she spelled her name Sharlene.

Good thing, too, because no sooner was Sharley named Sharlene Brown than the public would discover that comic strip character Charlie Brown. Not that people didn’t notice the similarity of Sharley Brown to Charlie Brown. Oh, yeah, they noticed all right. It was sort of like naming your son Sue, like in that Johnny Cash song. Sharley learned to defend her name right away.

At first, it was very endearing. Dorothy (Dot, as her friends called her) taught Sharley to put her finger to her lips in a sh! gesture. After emphasizing the beginning of her name by leaning from the waist into her finger, she would add the rest. “My name is Shhh-arley.”

Since I was the same age, I thought that was the only way to say Sharley’s name. Mom had to retrain me by holding my finger down and having me say “Sharley” without it.

As Sharley grew older and Charlie Brown became more and more famous, the “Shhh-arley” method lost its effectiveness. Sharley began to implement her patented arm-twist-and-offer method. “If you have a quarter,” she’d say in a low, confident voice from behind a grimacing child, “you can call me Charlie Brown. Otherwise, it’s Sharley.”

Since most kids in rural Iowa in the mid-fifties didn’t have their own money, Sharley never got a single quarter back from her offer. But she was well able to persuade most kids to call her Sharley Brown. If she’d just untwist their arms, they were happy to do so.

Sharley’s success, of course, was limited by the size of the child. But Sharley was naturally very good at adapting to those situations in which the other child was bigger. “See that guy over there?” She’d toss her head in the direction of any older boy or a man. “He’s my brother/father. He doesn’t like it when people call me Charlie Brown.” Here, she would take a half-step closer with the intimation, “He likes it much better when people call me by my real name, Sharley.” She would plaster a fake, sweet smile on her face and wait for the inevitable, “Sorry, Sharley.”

Then along came that tuna commercial in which they said, “Sorry, Charlie.” So, Sharley’s work was cut out for her because of her name. And many community kids remained confused about just who Sharley’s brother and father were.

Sharley and I were both born in 1952, in the same county in midwest Iowa. Sharley’s family was not like mine at all. She had a three-part family. Sharley had two brothers and a sister who were grown up and out on their own. That was Part One. Part Two consisted of two brothers who were three and five years older than Sharley. Sharley and her little sister, Cindy, were Part Three, the tail-enders of their immediate family history.

Sharley’s oldest brother, David, was married. That experience alone had educated Sharley far beyond my own life experiences.

We had gone to David and Paula’s shivaree, a noisy neighborhood celebration, hosted by the wealthiest family in the neighborhood, the Rushes. Mr. and Mrs. Rush weren’t turn-up-their-noses rich. They just enjoyed sharing their higher land-baron income by doing nice things for other people.

Sharley had sidled up to me to whisper that Paula had a bun in the oven. She could see by the puzzled look on my face that I hadn’t a clue what that meant. I hadn’t yet learned to feign knowledge, and I was only recently beginning to be embarrassed by any lack of information.

“They had to get married!” she hissed at me as my face flushed in realization.

“Sharley wasn’t my best friend forever. That’s just because Sharley wouldn’t have the chance at forever. None of us do, of course. But Sharley left me at an age when it had never occurred to us that we might not have a forever.”

Enjoy spending quality time with Sharley and Kate in the innocence of midwest, rural Iowa during the late ’50s and early ’60s. Experience Sharley’s endearing antics and the enduring friendship that lives on in the lessons that can be learned from it. Share in this delightful journey of both human and spiritual growth. Then continue on in your own life as “keeper of all of Sharley’s lessons.”

RK Vetter grew up on two farms in Iowa and began her formal education in two one-room schoolhouses. After serving 20 years in Nebraska elementary classrooms, she lives in Lincoln, NE, with her helpful hardware-man husband. Currently, this storytime lady, better known to preschoolers as Library Kay, blogs at rkvetter.wordpress.com.