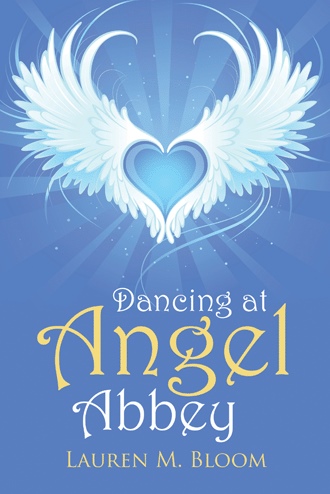 “Your father is dying,” the note said. “Come home at once.”

For the life of me, I couldn’t have told you how that note ended up on my desk. I had been in meetings all afternoon, arguing with the managing partner, Roy Blackwell, about why our law firm shouldn’t close another real estate transaction for Dr. Frank Grandy. The good doctor was a charming elderly man with a lot of old New York money and no common sense whatsoever. Manhattan is among the priciest real estate markets in America, and there is plenty of money to be made there by savvy investors. There are a lot of bad investments, too, though, and Dr. Grandy had an unfailing knack for finding them. Allowing him to spend another several million on a property that was bound to lose value the instant he bought it seemed downright criminal.

I lost the battle, of course. The firm’s share of the money involved in the deal would be enormous, and our managing partner’s lust for that money easily trumped any argument I could make. Defeated, I stomped back into my office, trying not to acknowledge the triumphant smile on the face of Mark Davenport, a soft, sweaty fellow in a Brooks Brothers suit and Harvard club tie. Davenport made partner about the same time I did, and he was Roy Blackwell’s favorite stooge. Davenport’s entire legal practice seemed to consist of separating wealthy, trusting people from their money in one way or another.

Blackwell himself was the Hollywood image of a senior partner in a Wall Street law firm. He was fit, tanned, and handsome, in a Spencer Tracy-ish sort of way. Blackwell was always immaculately dressed in hand-tailored suits and Italian shoes, with nary a strand of his silver mane out of place. He wouldn’t have tolerated the damp, sycophantic Davenport for an instant if the younger man hadn’t been so willing to suck money out of clients on the firm’s behalf.

The note was sitting in the center of my desk, its graceful strokes of black ink starkly noticeable on the rectangle of rich, ivory parchment. Even half-buried in the jumble of files, memos, legal magazines, and an unfinished mug of cold coffee, the note was impossible to overlook, seeming to glow as if lit from within by a thousand candles. “Come home at once,” it insisted, in an elegant, old-fashioned script.

I crumpled it up and tossed it in the trash.

Then I loaded up my briefcase with the Grandy transaction files and left for the day. The note had annoyed me for some reason, and I was annoyed enough already. There are lots of ways to spend a pleasant evening in New York, and reviewing real estate documents isn’t one of them. Still, there might be something in the files to bolster my opposition to the deal, which was going to close soon. If I wanted to protect poor Dr. Grandy from losing another big chunk of his inheritance, I didn’t have time to waste.

My law firm was located across the street from the Wall Street stop on the Broadway–Seventh Avenue subway line, my habitual transportation home at the end of the day. The trip might have intimidated an out-of-towner, but I found it no worse than usual. Lawyers, stockbrokers, working people of all stripes, students, tourists, and beggars all crammed together in a chaotic mass of jostling humanity. The car was hot, slightly smelly, and intensely uncomfortable—exactly what I had come to expect at the end of a typical workday in New York.

As the subway rumbled north from Wall Street, a big, lanky man of indeterminate age and heritage—Jamaican, perhaps—shoved his way into the car, raspberry-tinted dreadlocks flowing behind him. He was dressed in baggy jeans, a Bob Marley T-shirt, and ratty sneakers, and the combination made him look like some kind of urban fairy. Sure enough, the man was a busker, one of the many street musicians who haunt the New York subways in search of a meager living. I saw more than one tired New Yorker look up and smile as he sang an island working song, conjuring images of blue skies, green fields, and the sweet smell of sugarcane.

By worldly standards, Kate Cunningham is a success. Driven to achieve by her demanding father, Kate has fought her way into partnership at a prestigious Manhattan law firm. Unfortunately, professional success has come at a terrible personal cost, leaving Kate lonely, sad, and with only her elderly Siamese cat as her constant companion. But one day when an anonymous note summons Kate to her dying father’s bedside, everything suddenly changes.

As she is launched on a wild journey of personal discovery propelled by portents and fortuitous events orchestrated by the great Archangel Gabriel, Kate leaves behind the world she knew, loses nearly everything she thought was important, and discovers that most of what she knew about herself was a lie. When the deceits of her past fall away, Kate learns that angels are real, miracles happen, and the truth about her life is more mysterious and magical than anything she could have possibly imagined.

Dancing at Angel Abbey shares the heartwarming, humorous, and inspiring story of one woman’s journey into a mystic realm where Heaven and Earth intertwine, archangels eagerly share their wisdom, and Divine destiny waits.

Lauren M. Bloom is an attorney, interfaith minister, and award-winning author who believes that listening to the voices of angels can help us discover our best destinies and become our finest selves. She lives in Edgewater, Maryland, with her family and several pampered Siamese cats. This is her first novel.