Happiest Mom on the Block

The Greatest Gift We Can Give our Children is our Happiness 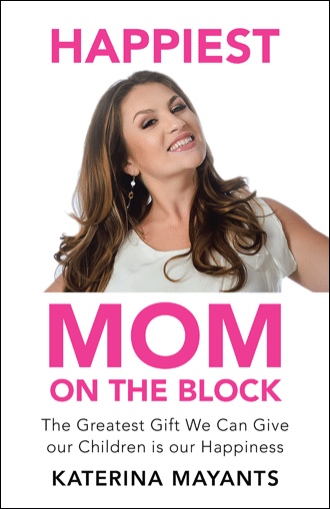 In the months following her death, I experienced more heartache then I could ever fathom. After being strong for my daughter and family I finally emotionally collapsed. I spent many days screaming in to the pillow with anger, sadness and helplessness. James had his way of mourning; he completely shielded his aching heart from the world…including me. He made choices that were harsh toward me; he made choices that almost destroyed me. My parents were dealing with their own sorrow and there was little energy left for me. My brother loved Juliana so much, he was her main babysitter that he couldn’t even speak of what happened. Many of my friends couldn’t bare to be around me because they felt guilty for being happy or celebrating. No one really understood how to act around me because I am by nature happy and upbeat. I don’t know how to be sad in public and show all my emotions. I felt very alone and isolated. With no job, I was home alone a lot and that needed to change. I got a job at my local Macys just to get out of the house. It got me out of the house but it ignited the feeling of loneliness even more. Every time I heard a crying or cooing baby, or the sound of children laughing as they play hide and seek between the racks the excruciating pain in my stomach would debilitate me. What has become of me? I have so many gifts and talents, and am spending my days putting away clothing on racks? I have so much love and passion in me, but am going to sleep next to a man who thinks I am feeling anything but. He felt so much resentment toward me. He was drowning in feeling sorry for himself that he had little energy to comfort me. His actions were often cruel and he only saw the worst in me. He no longer felt love for me or compassion, the tsunami of anger began to gain momentum and what happened next put out the tiny flame within me that was trying to gasp for oxygen- desperate to stay lit. He told me he had an affair and gave zero excuses for it. No explanation, no reason- he said nothing. All I knew was that he had sex with another woman, to give it a “but” or a “because” would not make it any better or worse…so he didn’t explain. I remember the day I found out, it was a windy day in November almost to the day, 3 years since we finally kissed for the first time. James got home from work and asked me to come and sit with him in the car. He had something to tell me. There was no preparation, there was nothing. It was a blunt, sad and heartfelt “ I had sex with another woman”. I felt my whole world collapse around me, I felt dizzy - as if I was living through yet another nightmare. I felt the life force within me leave my body, I felt dead. I went to the store and bought 5 packs of cigarettes. I sat in my car for 4 hours, alone staring at the speedometer showing zero; it’s exactly what I had in my life. I thought about how it felt now that many of my nightmares, my biggest fears came true. I felt what its like to hit rock bottom, how it couldn’t get much worse then this. I had my hands on the steering wheel, ready to leave and drive to the end of the world. I watched the trees attempting to fight the strong winds of fall as they lost their leaves as they swirled violently around me in little tornadoes. It was the first time in my life that I thought; lucky is the person who is dead. Then, James sat in the car in the passenger side. I couldn’t even bare to look at him. All he said was “ I am sorry, I am so sorry”. Normally a situation like this would make me yell and scream. It would bring out the devil in me, making me say things that were cruel in hopes of stabbing him to death, killing him with my words. But this time I didn’t feel anything. I felt numb. I felt the ice begin to cover my heart, crystalizing at enormous speeds like a beautiful lake amidst a blistering cold winter. All I can do is whisper. I asked him “why, what is that you recent me for. What did I do to make you act in such a cruel way”? He finally broke down and told me; “ you left me alone with Juliana, I was there by myself watching her die and because you couldn’t bare to look at her heart stop you left me. I needed you so badly to be with me, and you weren’t. I can’t forgive you for it no mater how much I try to understand why you did it, why you left me all alone with our dying daughter.” It wasn’t reason enough to spit on our marital vows, but at least I finally understood why he resented me, why he hated me and why he looked at me as if I were dead to him. At this point in my life, I lost my daughter ;one of the loves of my life and now I was loosing my other love, my husband. I can forgive my daughter for leaving, it was her fate and I made peace with it- I wasn’t angry at her it wasn’t her doing. But him, my rock, the last remainder of my little family- I couldn’t bare it. The pain was his direct doing and my naturally understanding nature was no longer able to cope. We sat in silence, smoking one cigarette after another, speechless at what has become of us. What was I going to do?

A memoir of a wife and mother of four who shares her biggest struggles and breakthroughs in parenting, marital strife and more importantly understanding of her soul purpose. Everything was perfect when she met the love of her life and gave birth to a beautiful baby girl. Until one day, a terminal cancer diagnosis of her daughter left her childless and suicidal. Shortly after losing her daughter, she lost her job, her friends and almost lost her marriage to infidelity. After hitting rock bottom, she was compelled to sets sail on a journey to discovering the meaning of life and blessings of tragedies. Along her journey she discovers the biggest eye opening, paradigm shattering secrets to true happiness and bliss. She was finally able to bask in the light that was once at the end of a very long, very dark tunnel. Giving birth to three more children she shares her biggest secrets to raising happy, respectful and loving children who adore life in the same way she does. This book is a compilation of thousands of hours of research and experiences that will leave the reader with a deeper understanding of the privilege of motherhood, the secrets to a satisfying marriage and the gift of discovering who you really are so that you too can be the happiest mom on the block!

Katerina Mayants was born in Belarus on February 15, 1983 to two incredibly loving parents and an amazing older brother. In 1991, she migrated to Brooklyn New York. Today, she lives in New Jersey with her 3 beautiful children, two cats and wonderful husband in a peaceful suburban town.