Awaken to Your Inner Authentic Beauty 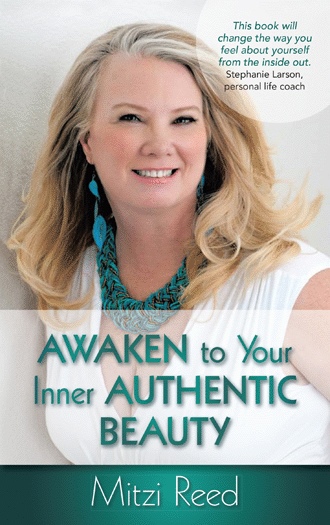 What I am about to share with you is not unique! See if you can relate to any of my experiences or be reminded of any of your own that make you feel less than you are. Too many of us are experiencing what I went through and are continuing to deal with weight and poor self-image issues. There is a way out of this unhappy space of living by following my steps to find your beauty within . . . for the truth is that true beauty has no shape.

My story begins prior to hitting my teens in the 1970s. I was born a decade earlier when Twiggy became popular, changing forever the modeling world and the way society viewed women. I used to read the “Teen Beat” and other girl magazines sipping Tab, a popular diet soda drink at the time. In fact, it was my first diet, which I call the "Tab diet."

I was very active as a teenager where I was a cheerleader, a gymnast, on the volleyball team and track, and played basketball with the neighborhood kids. When I was 17, I had my first child and gained more than 60 pounds during my pregnancy. However, I was very young and active and lost it all. In fact, I was doing sit ups and other exercises within a week of giving birth just to get my shape back.

Yet, I was always comparing myself to others and thought that I needed to lose weight even though I was just 115 lbs. at 5'3." Even though I was petite, I was solid, especially in my thigh area because of my athletic nature. The fact is that I have short, stocky legs, and I will never have long, thin legs, no matter what I do!

It wasn't until I had my second child in my late ‘20s that I really did have an actual "weight" problem. Although I actually had lost most of my “baby” weight, I couldn't shake off the last 5 pounds. I was no longer active as far as athletics or even regular exercise so I slowly began to put on weight. I was okay with it though because my life was different and I didn't feel the need. I was now older and settled and wasn't interested in previous activities that I had been involved in before. Besides, I believed that it was socially acceptable to have evidence that you are a mother as far as a few extra pounds. I became a single parent right after my daughter was born, and I attended singles events where many men still found me attractive.

Look and feel more confident and radiant. Discover specific ways to nurture yourself and bring more creativity, pleasure, passion, and play into your life. Learn how to own your beauty and express your sensuality without shame. Let go of the struggle with food and weight so that you can focus on what really matters to you. Develop self-care practices that keep you feeling truly nourished, cared for, and connected. Awaken to Your Inner Authentic Beauty will take you on an inward journey that will awaken the inner beauty within you so that your beauty may shine.

Mitzi Reed is a nourishing-lifestyle and certified sacred-self-care coach and a certified emotional-detox coach. She empowers women to awaken and embrace their authentic inner and outer beauty so they have the confidence to step out in the world. This book is designed to help you create beauty from the inside out.

If you have ever had a negative body image, low self-esteem, or felt as if you didn’t measure up to society’s standards of what you should look like, then this book is for you. Mitzi lovingly shares ways that helped her overcome her own negative self-image and offers you tips on how to build your self-esteem and confidence, healthy ways of living, and how to awaken and let your inner beauty shine.

Mitzi lives part-time in San Diego and Las Vegas with her husband.