Touching Lives, One Song at a Time 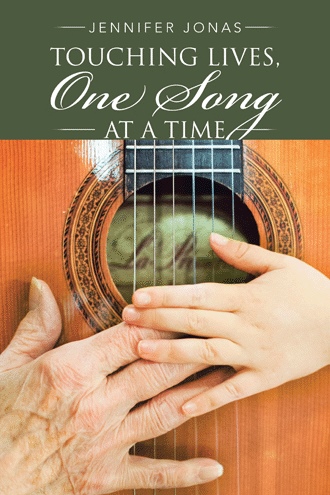 Ben and Me At the age of 65 Ben was diagnosed with a brain tumor and needed to be hospitalized. When he was admitted to St. Michael’s palliative care unit, he did not suffer from pain because it was well controlled. What he did suffer from was lack of stimulation. For this reason, the staff felt music therapy would be beneficial in alleviating his restlessness. The first session with Ben proved to be extremely successful. He was very excited when I entered the room with my guitar and asked him if he would like to sing a song. I quickly found out that Charlie Pride was one of his favorite singers and “The Crystal Chandelier” his all-time favorite song. So this became our theme song. We began and ended each and every session by singing this country song. Ben had a unique and spirited way of singing. He sang with his whole body: raising his chest, swinging his arms, and tapping his feet. His energetic body and boisterous voice were quite contagious and always got everyone in the room involved, even the elderly man in the bed across from him who was hard of hearing. But it didn’t matter how many joined in; you could always hear Ben’s voice above the rest, country twang and all. During one of my visits, Ben asked for my recording called Reminiscence. He wanted to play it when he was alone. He said the music would keep him company, and the familiar songs would cheer him. He also made a special request. He asked if we could record our own duets on a tape during the next visit because he thought “We sound awfully good together.” I agreed wholeheartedly, and Ben proceeded to call and ask his daughter to buy a blank tape for our recording. Ben was thrilled, and I must admit that I too felt an excited anticipation of our next therapy visit together. That next week when I came on the unit, I was thinking of the songs Ben and I would record together. In my excitement I walked directly to his room, bypassing the nurses station where I normally go to find out about the patients and their status. I looked in Ben’s room and found an empty bed. He had died. I felt a pang of sadness. I wasn’t ready for Ben to die. I would dearly miss singing “The Crystal Chandelier” and making that recording of our duets. I would miss this man’s boisterous singing and joyful laughter. After a few moments I walked back to the nurses station. I asked one of the nurses about Ben’s death. “He died peacefully,” she said. “It was as if he knew he was going to die. He called his wife and told her he loved her, and then he turned on your tape and listened to the music. A few hours later he died.”

This book will transform you through its moving stories about reaching into the world of an Alzheimer’s patient, about helping someone die a more peaceful death, and about inspiring a child with a special need to sing and dance. These compassionate stories captivate the human spirit and may bring a tear to your eye. “Jennifer’s appearance at the entrance to the kitchen would bring instant delight to mom’s eyes and a huge beautiful smile to her face. It was the highlight of her week. Jennifer has a way of bringing joy, clarity and awareness back by drawing from the memories she discovers, tirelessly, patiently and with heartfelt kindness and then sharing them again and again and again. I also loved her sessions since mom was such a happy camper by the time she finished!” — Kathleen Sweeney “Jenny’s therapy touched the lives of each member of our family. She taught my special needs daughter essential developmental skills, helped my father remember some dear memories that were lost, comforted my aging mother and sang at the funerals of all three. Her gift of music brought tears of joy and comfort to all of us.” — Valerie Jones “Jennifer’s music therapy reached my mom deep down in her soul. We thought we were giving mom a gift, but it turned out to be a gift to all of us!” — Michelle Buchanan

Jennifer Jonas is an accredited music therapist with over twenty-five years of experience working with young children and seniors. She began her music studies in her home country of Canada and then pursued her graduate studies at Michigan State University. Jennifer returned to Toronto, where she set up her first private practice. It was there she made her professional recording Reminiscence featuring songs from her work in palliative care at St. Michael’s hospital. In Toronto she was interviewed by Peter Downie, long time host of CBC TV and radio, and featured in his book called Healers at Work. In 1998 Jennifer’s family moved to Huntsville, Alabama, where she continued her music therapy work with children and seniors. In 2013 she began sharing her music therapy stories on her local classical radio station, WLRH. She is a regular contributor to the Sundial Writers program. Sharing her stories on the radio inspired her to fulfill a dream of writing her own book, Touching Lives One Song at a Time.