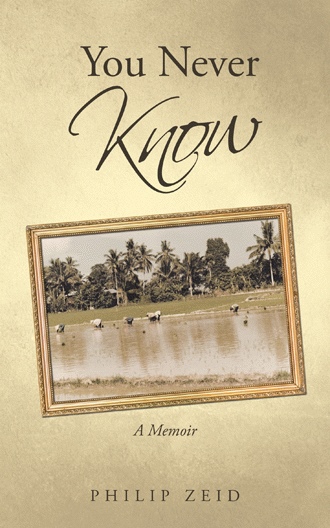 Philip Zeid looks back at his adventures in the Royal Air Force and as a civilian in exotic places including Malaysia, Indonesia, Thailand, Vietnam, and Liberia in this memoir that drives home a point: You Never Know.

For instance, when he was fifteen years old, his parents took him to an optometrist who prescribed him glasses, but he refused to wear them. If he had done so, he would have never been able to apply to be a pilot in the Royal Air Force, and his entire life would have been different.

Another time, he was about to become a tea planter in India when partition riots interrupted his plans. He ended up a rubber planter in Malaya pursuing a career he’d never imagined.

But most important of all was the time he found himself in debt desperate for work, which led him to take a job as a radio mechanic. There, he met his future wife, who happened to be the Boss’s Secretary.

Filled with insights on terrorism, embracing diversity, and conducting business, this memoir will leave you thinking about little decisions and everyday events that have a big impact.

Philip Zeid served in the Royal Air Force and has enjoyed a life filled with interesting experiences throughout the world.