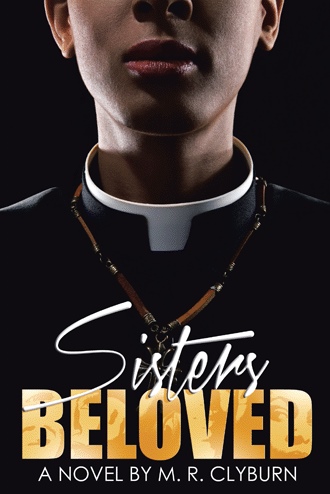 They started gathering one by one in the guest house of Rev. Prudence Vickers in Georgetown, South Carolina. Hers was the more central location for everyone to meet, but periodically when they wanted to go out for a fancy lunch, shopping or just have a ladies day at the spa they changed location and visited the town of one of the other women in the group. This was not an exclusive club, but a friendship and most of all a fellowship of colleagues. Pastor Prudence knew all of the women personally. She and Pastor Geraldine were childhood friends and the others she had met either in her travels or while doing ministry. Each had been at some point in their ministry mentored by Rev. Dr. Hester Brinkley through counseling, guidance, and direction. At first Dr. Brinkley was hesitant because they all had different churches they attended and she felt that they should seek counsel from their own pastors. However, because it was a women’s thing it became very clear that they were not getting the best counsel from their pastors. In some cases their pastors were the problem. They all had one thing in common that drew her to them, they had been hurt during the course of their ministry and she knew too well how that felt. Her goal became not to interfere with them and their pastor, but to offer them the best guidance and support that she could from her own experiences. After much prayer, fasting and counseling they had to work everything else out as the Lord would lead them. The first to arrive was Prudence’s protégé Minister Artecia Broaddus. Prudence had taken her under her wing after Artecia was misguided shortly after entering the ministry and eventually had to change location and church. Geraldine Jameson arrived next. She was Prudence’s longtime childhood friend who was pastor of a non-denominational church in the more exclusive area of Charleston, South Carolina. Then two by two they came. Somaya Walsh, and Julienne Gates who spent most of their time together. Pulling up the rear were Zaria Hawthorne and Shaquaya Dennison. Music by Shekinah Glory Ministries was being piped throughout the room from the CD ‘Praise Is What I Do”. After everyone greeted each other and hugged, the women settled down getting coffee, tea or water to drink. They all worked out and were naturalists eating healthy food. They sat in a circle as they usually did facing one another. When they met the gathering was always opened up with a song of Rev. Somaya’s choice, today it was ‘Welcome Holy Spirit’ followed by scripture and prayer. Rev. Somaya was the ‘song bird’ of the group and her contralto voice was greatly appreciated by all. Here is where they shared their trials and tribulations, failures and successes, experiences and struggles with ministry. Their meeting was informal and they looked forward to letting their hair down without being on guard all the time. They wore jeans, boots, jogging suits and casual slacks whatever made them feel comfortable. This was a time to play and they believed in keeping their lives balanced with pleasure and fun so that they would not burn out spiritually. It was important to them to balance their spiritual and physical life. They governed themselves and had seven rules. Rule number one: To always give God thanksgiving and praise. Rule number two was that they would be on a first name basis. Rule number three was that all that transpired stay within the fellowship. Rule number four was that the sisters would not intervene in anything that they weren’t asked to. Rule number five was even though they might not always agree; they would respect one another’s opinion. Rule number six to always provide an atmosphere where they could relax and just have fun. Rule number seven was to hold a worship service quarterly. Sometimes they came together just to watch a movie or discuss a book they all read. Other times they focused on issues and would concentrate first on the one whom they felt had the greatest need. They had been wounded all of them. They had healed or were in the process of healing. The common thread was that now they had become healers and they found there were times when healers need healing themselves. Julienne shared with the group how she had run into an ex-colleague from her former church, Rev. Deborah Mason. Deborah knew they were a group that had a strong bond of the kindred kind and that she couldn’t get in. There was no room for a sister you couldn’t trust, totally. This circle of women trusted each other with their lives. Julienne said she had run into Deborah at the drugstore on her way over. With a smirk on her face Deborah asked her “Are you still going to your monthly meeting?” Julienne corrected her and said “It’s not a meeting, but a fellowship of sisters who can be trusted, unlike you.” That being said Deborah turned and quickly walked away from Julienne with a scowl on her face. They all sighed at the same time and Geraldine asked Julienne “When are you going to stop letting Deborah Mason get next to you? Julienne responded “It almost seems like never, there is just something about that woman that bothers my spirit, but I’m still praying for her and for help.” Shaquaya said, “I know that’s right.” They all laughed and high fived each other. Julienne responded, “Now see, I’m not going to let you have a good laugh at my expense, y’all know you’re wrong.” This time the whole room burst with laughter including Julienne. After canvassing the room no one had any pressing issues today, so they devised their plans for their quarterly open worship service. Then they all just chatted and settled down to have lunch. When the time was up they prayed together and departed just as they had come.

Sisters Beloved is about seven women who are faced with opposition, obstacles, and uncertainty as women in the ministry, a field primarily dominated by men. Women not accepted by their male counterparts yet faced with unholy propositions and ultimatums in order to perform ministry. They were in a man’s world but wouldn’t give anything for their ministries as long as they had God. Seven women who, by chance, formed a sisterhood, they were wounded and needed healing, so they came together to heal themselves. They broke their silence, sharing their stories and showing each other love, guidance, support, and encouragement in a nonjudgmental manner throughout their ministry. They knew they were called and held to their convictions and their calling. They did not have the favor of man, but they had the favor of God. They kept their focus with only faith and perseverance, moving themselves forward and achieving against the odds. Their bonding creates an everlasting friendship and trust with one another. As confidantes they created an atmosphere where they opened up with each other, let their guards down, talked freely, and discussed their experiences while resolving issues that they encountered as women. The connection, respect, and trust the women have for each other allow them to flourish, to be accepted, to have confidence, and to become well respected in their ministry.

M. R. Clyburn is an ordained minister. She resides with her family in Plainfield, New Jersey.