A True Story of Soul Reunion 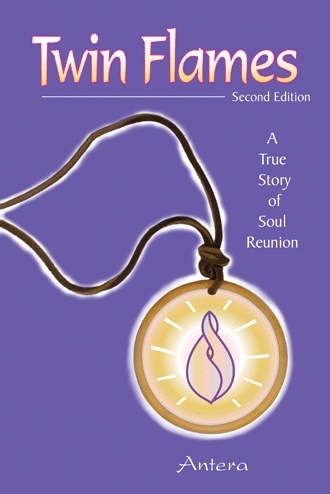 One
We barely met and yet
I know him intimately.
We hardly spoke and yet
I hear him constantly.
His face keeps appearing
right in front of me.
How can I work
with all this telepathy?

Who is that man??

Cathy had been feeling a bit out of control all week, which was very unusual for her. Her concentration at work, usually impeccable, was fuzzy, as that man kept coming into her thoughts. His handsome face, framed by that wild gray hair, and with those kind eyes that expressed laughter so easily, was almost becoming ingrained in her consciousness.

Now, as she sat in front of the computer preparing input files for a computer program that predicted ground motions from future earthquakes, she noticed a new sensation. It was an energy concentration of some kind at her navel, a buzzing that she could not quite ignore. Making sure none of her coworkers were around to see, she closed her eyes for a moment to see if she could get a better sense of what was happening there. With her inner sight she saw it—an energy cord coming out of her navel. It was made of golden Light, beautiful and intensely activated. Curious, she followed it out as far as she could perceive, and she found, with a start, that it was attached to HIM! To his navel! Was this new, or had it always been there, and she hadn’t noticed it before? What did it mean?

She made another big effort to bring her attention back to the computer screen, and to continue her calculations. Luckily, this particular phase of the project didn’t require intense concentration, because she had done similar earthquake analyses many times before. She hoped no one would notice her drop in productivity over the last few days—she rationalized to herself that her efficiency was usually very high, so a little distraction should not be noticed.

It was fortunate that she had the office mostly to herself, with only occasional interruptions from the others. It was solitary work, and she liked working as a seismologist in the small consulting company in Berkeley, across the bay from San Francisco.

She glanced out the window at the trees in the yard, which she could barely see from her desk. Consciously drawing their energy to her as she often did while working, she gave them her thanks as she felt their balm of life-force soothe her. The office was very functional and organized, which it had to be, cramped as it was into such a small space, but it was devoid of plants or colorful pictures on the walls, which would have enhanced the working environment for her. The walls were lined with shelves of books and scientific journals, leaving no room for frills.

The trees helped temporarily, but did not hold her attention for long. Besides the fact that her mental concentration wasn’t up to her own high standards, she thought, it was distressing that anyone could have this kind of an effect on her. Especially someone she hardly knew.

Who is that man??

It had all started with that hug. Last year she had attended a series of weekend workshops on building the Light body, after an intense seven-month course on tape called “Awakening Your Light Body,” created by Sanaya Roman and Dwane Packer. The course had been one of the most important steps she had taken on her spiritual path, and the seminars were also very transformative. Toward the end of the last one, HE had ended up sitting next to her, so they paired off for some of the meditation exercises.

They had casually hugged afterward—at least she had intended it to be casual—and she had immediately noted that she had never felt so at home with anyone before, including her husband. In the next instant, the resonance had started between them that jumped both their energy levels up several notches, taking her by surprise.

And THEN he had said, “I love you” with such meaning, as if it were coming from somewhere deep within him. And her own response had also surprised her: “We’ve been together before.” What was she doing talking to someone she had just met that way? She still felt somewhat embarrassed by it, and now her cheeks flushed just from thinking about it. Quickly looking around the office to make sure no one was around to see this involuntary reaction to her thoughts, she shook her head and tried to focus on her work.

But that effort at controlling her mental wanderings didn’t last for long. She found herself musing about how she had later reasoned that he probably said that kind of thing to all the people he meditates with, sort-of a casual “love ya” instead of Love with a capital “L.” She had given him her phone number, because he suggested that maybe they could meditate together, but only after she had made it clear that there would have to be a group of others present. She needed to be proper about this, and not infringe on her loyalty to her husband.

She had thought about this man a lot for a couple of weeks after the seminar, but when months went by without a call, the memory had faded. She had thought it all a silly event blown out of proportion.

When he did finally call five months later, she had instantly recognized his voice. They had talked for an hour, the time going by very quickly as if they were old friends, finding out that they had many interests in common. It turned out he was a singer and songwriter, like herself, and they found that their paths up to now had been similar in many ways, too much so to be by chance, she thought. Their spiritual interests were uncannily alike. 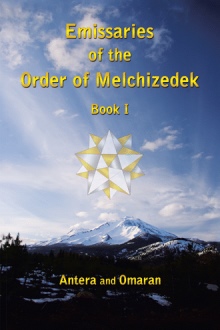 Emissaries of the Order of Melchizedek
Antera & Omaran
$20.99

This is a remarkable, compelling story of True Love, the most divine union possible on Earth. When Antera and Omaran meet and discover they are not only soulmates but twin flames, separated thousands of years ago, they embark on a journey of profound spiritual awakenings and experiences. With constant help from Ascended Masters and angels, they overcome huge obstacles to reunite and stay together, as they begin their highest spiritual service.

Antera has lived in close contact with her spirit guides since she was a small child. She has a background in both metaphysics and geophysics, as well as dance, music, and healing methods. After she met Omaran, her twin flame, they founded Center for Soul Evolution with its mystery school, and have helped thousands progress along their spiritual path at a fast rate. They live in mystical Mt. Shasta.