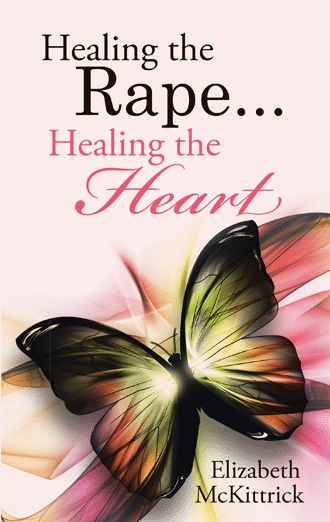 RAPE AND THE CONSEQUENCES

I lay in the bed of a retired elderly man in the apartment on the second floor of our house. He was renting the upstairs unit we had renovated many months before. I had been enticed into his apartment and bed with nothing more than candy, in spite of what mom and dad had told us, emphasizing that we were never to follow or take anything from strangers.

He had lived in the unit for many months and our family had befriended him. Therefore, I guess, I thought this man was no longer a stranger and as a result the warning did not apply to him.

“You had better go now,” he said. If he made threats I don’t remember them. They would have been pointless at any rate since my dad was six foot two inches and weighed 225 pounds, all muscle.

I put my underwear back on and headed out the door.

When I walked through that door I carried with me more than an experience and a memory. I carried with me feelings of pain, shame, and guilt, which eventually transformed into fear. For years I carried the condemnation, the worthlessness, and the isolation this experience left me feeling. However, I am now completely free of all the negative feelings associated with this experience. In fact, I have even blessed it as a necessary step in the development of my soul. In order for me to reach this place of inner peace and freedom I had to do deep inner work within myself.

For years I never told anyone about this experience. Initially, it was not just of the shame and guilt that kept me silent. It was also because I knew my daddy loved me and was the ‘great protector of the family, and I knew, as sure as I knew I had been violated, that if he found out about this rape this man would suffer terrible consequences for what he had done to me. And I could not, absolutely could not, allow my daddy to go to jail or prison because of what I had done. A large part of the secrecy, for me, was protecting my daddy as he had protected me all the years of my young life.

When I walked out that door carrying that terrible burden, I did what far too many of us do with painful negative feelings; I STUFFED IT! All the way into my early thirties. We too often try to burry or hide these feelings under smiles and shallow laughter. And for awhile it works. With time we can even smile and laugh with genuine feelings because there is some truth to the saying that time heals all wounds. At the surface at least. But the ugly and the painful is still there, lying beneath the surface of our minds, deep in our subconscious, creating belief systems (bs). (And you can use these letters to mean the current interpretation of b.s. because it certainly applies). It is from this belief system, this b.s., that we begin to build the walls and barriers we feel we need to protect ourselves. And it is from this b.s. that we begin to pass judgment and condemnation on others, a subconscious byproduct of the fear. Until we take out the ugly and the painful and look at it we cannot begin the healing process.

Statistics have been gathered and analyzed, published and discussed about the number of rapes occurring in the United States. But I believe these numbers fall far short of the real incidents. I know women who were raped more than once by the same man, and some who were raped several times by different man, and many of these women never discussed the issue in public.

Several years ago a friend and I visited her sister who lived in another area of the state, over a three day weekend. When my friend went to the local mall to do some shopping, I stayed behind and visited her sister and niece. Somehow the subject of rape came up and we discovered all three of us had been raped. The sister and I were in our 40s or more and the niece was in her early 20s. I knew from prior talks that my friend had also been raped. Of the four of us women gathered together that particular weekend, 100 percent of us had been raped. Is this unusual? I don’t think so. I am close to another family with two sisters, both of whom have been raped by the same man. One of them was raped repeatedly, beginning at the age of three, by her own father, who was the stepfather of the other lady. None of these women have input into a statistical study or ever reported the rape to authorities. Even though one incident was reported once by the stepchild, it was disregarded as the lies of a child. Most of us do not discuss it openly. Many individuals never discuss it and for most of those who do it is only with immediate family where the experience remains cloaked in darkness and shame.

It was years before I could address the painful, emotional feelings surrounding my rape, but there can be no resolution until it is met head-on. One of the most damaging consequences about these ‘shameful’ issues is the sense of isolation resulting from maintaining the walls of secrecy so many victims find necessary to build, and then clutch so tightly. What was once a life of innocence and joy, trust, and support is now turned into a reality of secrecy, shame, guilt, self-loathing, fear, insecurity, distrust, and a deep sense of rejection. If not dealt with, these feelings and emotions can eat away at the soul until eventually, for many individuals self-destruction on some level seems the only solution.

Belief systems are always created in the subconscious and we are always in the process of creating at this level. It is from this place, deep within our subconscious, that we pass judgment and condemnation on things we see, on words we hear, even on our experiences. This belief system becomes the judge, the jury, and the executioner. It allows into its domain only those thoughts and feelings that support the belief and filters out everything else.

For most women who have been raped, this belief system begins to foster judgments of men as untrustworthy, selfish, mean, even dangerous. This belief system prevents us from giving ourselves completely to a relationship. The negative seems to be lying just beneath the surface, ready to raise its ugly head in fear, guilt, resentment and distrust. It feels like all our relationships are held hostage to the negative experience, as indeed they are.

At nine years old, Elizabeth was raped. She didn’t talk of it for years and suffered those first years alone, in much deep shame, sorrow, emotional pain, and condemnation.

The passage of time allowed the devastating experience to be buried till it was no longer remembered. She dated and married, delivering two boys to the union. The marriage appeared normal.

A few years later when touched by her husband, she flinched. When asked if she had ever been raped, her sobbing answer was yes. The buried experience finally came to light where it could be healed.

With the total support of her husband, she now had the courage and strength to heal her heart. She left the path of reflex and reaction to enter the moment of the now. When we pause in the now and enter our quiet stillness, we come to deeper truth and clearer understanding. More peace can be ours.

During a year of disciplined, deep meditation, Elizabeth experienced her own miracle and a much deeper, more complete healing cure of her rape experience than she ever thought possible.

This book offers a path to peace, to awareness of your inner spirit self. It gives steps that can help you heal your heart, your pain.

Elizabeth suffered abuse quite young and became withdrawn from society. After her first healing, she began seeking enlightenment. She experienced indwelling of spirit after spending one hour every morning in meditation at 4:00 a.m. Her heart has been healed of the man who raped her.