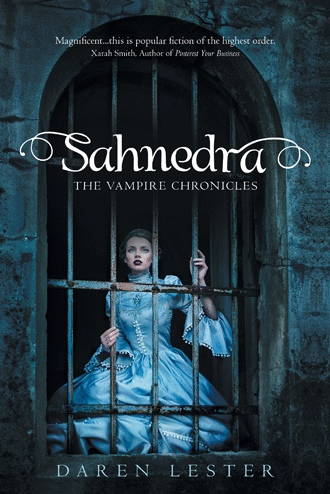 And so it begins. In 1492, I had become reborn during the time that the Renaissance was still taking place and spreading like wildfire all over Europe. It was an exciting time. A time where many local plagues and disease would strike various parts of the world like judgements from God and yet it was also a time of renewal and hope.

Many of us had actually begun to look forward to a world full of opportunities and wealth and to a time when many of those that were being persecuted for their religious beliefs had started trusting that things would change and become better and tolerance would begin to take hold in Eurasia for a true period of peace and prosperity for all.

As with any peace, there's always someone or some group of religious nuts that seem happy to go about destroying everything and bringing about untold suffering to the innocent around them. And so it was in 1492. Religious persecutions and wars seemed to spring up over and over again all over Europe and the Middle East and disease seemed to come oftentimes as a result of these wars due to the rotting corpses that were lying all over the fields of Europe. And the rest of the world had a lack of manpower to truly bury all of them in a timely manner.

And so is my tale. A tale of happiness and yet a darkening sorrow that would soon fill my life. I had times of joy and laughter and yes, there were times of heartache and sorrow, but the times I enjoy remembering the most are the good times with my mother, father and my two younger sisters.

I was born in 1474 in the small, yet lovely village of Satu Mare which has a long and proud history of its own. It was founded around 1213 or at least that is the given time that it was publicly acknowledged as a village by outsiders. I called it home. It was a place where one would like to raise a family, have a small home and yes, even a chicken or two. My little home was right in the middle of Europe where all the travelers from the East and the West would journey through to bring their goods from Western Europe to the Asian world and vice versa.

It was the year 1492 when Princess Sahnedra became reborn during the time of the Renaissance era in the lovely village of Satu Mare. What was once a period of peace, renewal and hope soon became a time of darkening sorrow that had suddenly filled her life. Embrace the journey as Sahnedra narrates the tale describing how she unwillingly entered a dark new world she never knew existed. In the days and nights to come, Sahnedra will be forced to discover herself, face problems, experience heartache and find a new friendship that changes her entire life forever into eternity. Sahnedra’s pain will enlighten you to the darkness that can come into a royal’s life and if it can affect her, then be well aware that it can also come and change you and yours...ARE YOU READY?

Daren Lester is a published author of non-fiction with three other books, two of them being under his own publishing company and one with another imprint. He is also founder and co-owner of a local vintage toy shop called Madcap Toys which is located in Bedford, IN. He currently resides in the small town of Ellettsville, IN. with his wife Kathy. They have three adult sons and two granddaughters, Ellie Hope and Olivia Noelle.