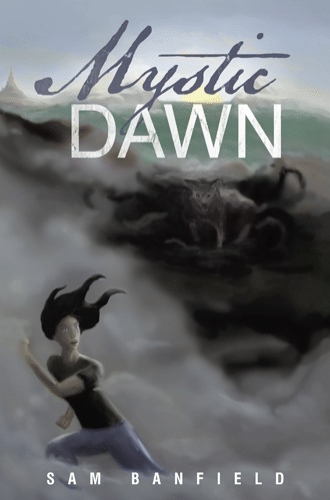 Sunlight cuts through the sheer bliss of a forest. Its lush leaves and branches sway lightly in the breeze. The green grass is soft, simple here. The sun is warm, passing between the blades of grass and touching the roots.

A farmer removes his straw hat to wipe his brow. He grazes his palms across a meadow. His hard rough hands pass between the tall of the grasses, for he knows what’s coming.

A lady with a broom can smell the fresh scent of dandelions blowing between the breezes. Her blouse is moving in the direction of the wind. The wind makes her smile. It makes her feel safe. The brilliance that surrounds her moves with softness.

A robed man in black reaches for reins. Before he mounts his black nord (a black horse but with long floppy ears), he peers from under his hood and looks back at his men. His eyes are yellow as the sun, but with opposite intentions. They have the same slick of a snake. They have a daring look; it’s almost as if they could slither towards the rising sun beyond.

The lady begins to sweep leaves from her property onto a nearby rocky road. The sky above is a much different story today then yesterday’s gloomy. Her brassy eyes peer at the sun's magnificent rays, its very essence reflects upon her surroundings for it’s almost deceiving, like the sky may turn cloudy at any moment. But the warmth lasts, for now.

A broken-heart approaches on the rocky road, a mother mounted by nord.

The brassy eyes couldn’t share the fierce dread that this other is portraying, riding her way. She couldn't comprehend the pain and sorrow that lies within this rider’s heart.

The rider wears a green cloak, with her hood up. It covers features that resemble her enemy; but this in no way imparts their means. She rides an unknown path, and she can sense a lady’s innocence not too far off.

The lady’s blouse moves in the winds. She continues to sweep just beyond the green-cloak-rider.

The rider is a mother, and her hands tighten on the reins. The site of the lady in the blouse offers a thought of innocence to the mother. It’s overwhelming, a similar appearance that reminds the rider of her husband.

The brassy eyes look up from her broom, squinting with the sun in them; it’s odd to see anyone, because there is only desertion beyond, only forest and more of it. So where is the rider planning to go?

The lady steps off the path to move out of the way, and quickly the rider passes by. It didn’t seem the rider dared to stop, nor think of this pedestrian; but what cautions the lady in the blouse most – a sudden cry of a baby was overheard. It disappears, fading into the distance.

The rider does her best to hide behind her cloak, now entering the forest and attempting to stay away from the sunlight, as if the sun is trying to catch any sign of emotion. The rider felt this would make her feel defenceless at a time like this. She tightens the shroud around her face. Her throat feels tight when she swallows.

The hooded-one in black becomes more anxious as he nears his destination. His grip is tight around the rein. He rides and makes his way into a deeper forest path with his men enclosing behind.

With each step from the nord carrying the green-cloak-rider and the baby, the sky shuts out from behind them. Mother embraces the memory of her family one last time.

The farmer man positions his reaper to support his stance. His hat shades his features from the sun. There is a look in his eye, as if he is waiting for someone, and as he looks towards the distance where a forest surrounds him on all sides, his reaper begins to slip. Fighting his emotions back, it feels pitiful to him. The thoughts of his family are rushing him – he knows he must be strong. From underneath the sun, his grip tightens once more. His dark hair and deep blue eyes peer with freedom. But the sweat of his brow continues to weep.

The sunlight fights to reach the thick stumps and rugged branches. It is here the green-cloak-rider loses her warmth as she drifts farther and farther from her husband. The trunks begin to thin out, offering a lighter forest path for her to ride through. She dreads what looks like rising smoke ahead. The smell of burning firewood engulfs her senses. She slows down and is guided towards a thin pathway. A dim light flickers on the other end of this trail.

‘Smoke at this time of day.’ She asks herself. ‘I didn’t know anyone was out here.’

Ash lingers in the skies and is smothering a creek. It fills the air around her like flies turning everything black. The river seems to slither instead of glide. She wipes the tears from her baby's face, covering her face with a red scarf from flames around. Nearing the smothering smoke, the mother's hands tremble -- She looks back. There is a look of abandonment -- too far from him, too far to dread the thought of his dawning screams any longer.

It watches… waiting for its perfect time to strike. Evelyn discovers something dark, and it tests her limits. This dark comes from another world. It will make Evelyn question and reveal secrets about a forest and its forgotten history. A town is haunted on the edges of this plain, and in not long, Evelyn will awaken from a bad dream, tracing back the vivid memory to unravel something long lost from a very different era. The forest whispers her very name... Evelyn. But who am I? -- Evelyn asks. And who will she come to face if she is to go in search for answers? To venture the unknown is to rediscover herself. She'll walk an unknown time with an unraveling soul. She'll reach, in search for more. Oh, but the answers just keep getting better. The winds of change are blowing, the time is now... and the echoes of her past are calling... Evelyn looks over her shovel at the forest. ...The mystic dawn is waiting to be found.

I was born and raised in Hamilton, Ontario. I’m a young author driven by talent. I find the most important things in my life are following my heart and using my emotional compass to guide me. To trust is to receive, and to believe is no truer.