An Inspiring Handbook to Life 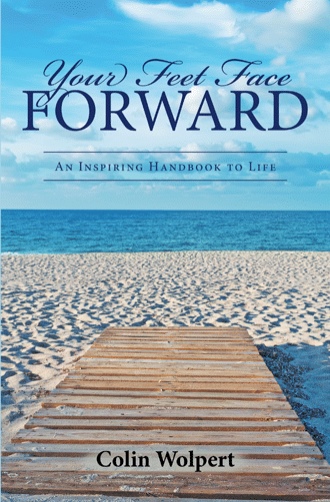 CHAPTER 4 Energy All actions are energy in motion. Words are energy with sound. There are experiments where scientists subject bodies of water to different sounds and then freeze the water to take photographs of the crystal structures.

Beautiful symmetrical patterns develop out of peaceful, joyous harmonics. Loud disturbing sounds create inconsistent disorder. Newton said for every action there is an equal and opposite reaction. As you stand on the earth, the ground responds with an equal force in the opposite direction. If it didn’t, you would crash through the earth. If any one force is stronger than another force, the larger force will overcome the weaker. The same is true with personalities, emotions, words and thoughts. A strong personality needs to be balanced by another or the weaker personality will capitulate. Not only is this detrimental to the lesser entity, but it also damages the more powerful being because it enables the energy to leak out and free flow without temperance. Because thoughts are energy in motion, they can easily translate into other forms of energy such as words or actions.

When a thought solidifies it becomes a memory. Traditional belief is that memory is stored in the brain. Every single cell in your body contains the same memory as the next cell. The difference between the brain and any random cell in the body is that the brain is also the main processor of energy exchange. The brain is able to sift through memories and relocate their structures within the body. A memory originates from thoughts, actions and emotions. When a memory contains more energy than a simple pixel of information, it groups with other similar memories and together they form an e-motion. Energy in motion = e-motion.

Like attracts like. Matter attracts matter. This is a universal truth. The more similar two pieces of matter are, the greater their affinity toward each other. E-motions affect everything around them and vibrate energy at the particular tone or frequency delineated by their composition. Deep sound is amplified in the belly; high tone is magnified in the head. Each e-motion or group of similar energies that exist together will gravitate toward a particular part of the body. When e-motions are not free to flow because they are attached to other stagnant emotions, they will settle in specific areas of the physical body until mobilized. If they are not mobilized they will begin to manifest as a lack of congruence in that part of the body, and discomfort will develop. Discomfort causes reaction, usually in the form of movement, which often resolves the blockage. This is why exercise can feel so good and why the body responds positively to it; because the body it is ultimately a temple of moving energy. Energy resolution can also be achieved through mental processing. Meditation is very powerful.

If we ignore the messages the body is sending us by failing to initiate such shifts, energy will continue to build until injury or illness forces the situation. We set traps for energy by invalidating this information. Sometimes we are so distracted from our bodies that we have no awareness of the warning signs and don’t find out about an imbalance until it has become dire. This is when medicine steps in. We can sometimes cut tumors out or heal cancer. But until we resolve the underlying energy leaks and e-motional sources of stagnation, the tumor, illness or injury will return. It is widely believed that anger resides in the liver. What happens when an angry person hurts another by way of words, actions or thoughts? Does this resolve the anger stored in the liver? Yes and no. Yes, it gets some angry energy out. But does it dissolve the anger? No. Does it transfer the anger to the next person? Absolutely. Being angry at the world hurts others.

There has to be an equal and opposite reaction. Either someone will take on that anger and ultimately retransmit it, or it can be met with an equal and opposite amount of love, which will neutralize the energy. There is an infinite amount of love in this universe. A tear of anger doesn’t last long in the ocean of love. This is why love is the answer to everything. Not romantic, happy love, but love as the universal entity. Love that is life, love that is you, me, everything that is and will be. If you realize that you are only passing through this state of humanness as an expression of the existence of love, you will have no option but to abandon all ego and live your life in a loving state.

Your Feet Face Forward narrates my holistic journey back from a debilitating spinal nerve tumor to abundant health and happiness. Using the tools of yoga, meditation, visualization, and a change in philosophical perspective, I was able to heal while completely sidestepping traditional medicine.

After my diagnosis, I was faced with the devastating prospect of autonomic function loss, with or without surgery. With almost no feeling in my legs and severe, constant pain in my back, I knew there had to be another way. I crawled onto my mat and began a daily practice.

Over a period of months, the MRI scans showed the tumor shrinking until it was finally gone. My life was forever transformed, and the powerful momentum of healing launched me onto a new path. I obtained certification as a Hatha, Vinyasa, Restorative, Yin, and Prenatal Yoga instructor and became a yoga teacher trainer.

I have since shared my story and inspired positive change, empowering thousands of lives through my classes, yoga teacher training, workshops, and seminars.

Colin shares his unique healing wisdom through yoga, seminars, and workshops. His radiant energy and illuminating guidance spark change and transformation. With his unwavering faith in the process of life, he reminds us to trust that everything is as it should be. He believes that yesterday’s story can be tomorrow’s miracle.