In Search of the Guardians 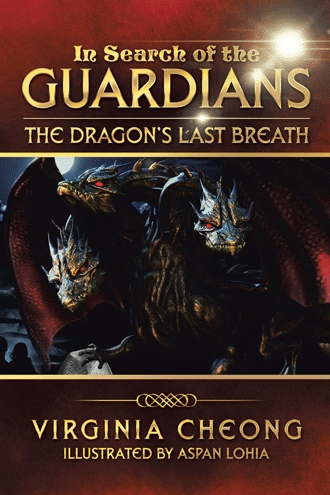 The cave nestled in a fold high onnear the peak of Jade Mountain. A stream of with water runs through a small valleyning by which feedings into becomes overlooking a waterfall just below the cave, creating a among the mist which covered the mountain tops. It was no ordinary cave. Inside, the walls were lined studded with Royal Jadequartz. The ceiling was layered with emerald stone stalactites as if frozen in time. The sunlight shone through the cave opening and and lit up the whole room with crystal rays. In the middle of the main room sat a large round platform carved out of white jade. Around the sides of the platform, inscriptions of ancient Chinese characters were carved into the stone and read, ‘May Peace and Harmony be restored to Mankind’. Master Li was sitting on top of the Jade platform wWearing a white robe was Master Li was sitting on top of the Jade platform. He was in a crossed leg position, hands on top of his knees facing upward. Deep in meditation, he sat still with his eyes shut. The Jade cave was eerily quiet. The only sounds that could be heard was that of the waterfall echoing through the valleys between the mountains and birdsong. Master Li was known to meditate through the day. Here he would sit, absorbing the energy of the mountains through the white jade. When deep in meditation he would allow into his mind, advice and teachings from his Shifu (Teacher), the Ancient Phoenix. Master Li’s students often wondered why they had never seen their Master physically practice his kung kung-fu yet his skill and power was unquestioned. Little did they know that their Master would practice in his travels to this mysterious dimension, which Li refers to as the spiritual pathway, a space between the conscious and subconscious mind. Nothing stirred. Suddenly, at the back of the roomcave, something was shaking. It felt like an earthquake, the walls were shaking and Li felt the white jade trembling beneath him. It was the sacred bell. Opening his eyes, he sat still. Young men dressed in kung- fu suits robes rushed in from two long corridor openings on each side of the bell. They arranged themselves in an orderly fashion in front of Li waiting to be given instructions. These men were known as the Jade Mountain Clan. Li looked at his disciples and nodded with approval; he . He had personally picked and trained each and every one of them for a very important mission. Most of the disciples had been recruited since birth, practicing their skills every day in the hope that one day their skills will come be put to good use by their Master. Li recalls all the hard work and training that that these young men have done in the past years, and felt a warm sense of pride achievement rushing through him. All the hard work was finally going to be put to good use. They were well trained and ready for what lies ahead. The silence is broken by an echoing sound of footsteps coming from one of the corridors. The sound becomes louder and louder. From an entrance to the left of the Sacred Bell, appears an old man with a very long grey beard and long hair. He is wearing a grey robe, and is slouched over his walking stick. The two older disciples Hua and Yu walked to the old man’s side and to assists him onto a big stone chair. The top of the chair was engraved with a phoenix, its face looking toward the sacred bell. Clearing his throat, the frail old man proceeded to speak in a slow and trembling manner. “I never thought I would live to witness this day, and yet the time has come. Son, just as the Phoenix has told, you are the chosen one. Remember that once you embark on this mission, there is no turning back. There can only be one outcome, and that is you must fulfill the prophecy” Li Da Ye (elder Li) finished with a long chesty cough. There was silence. The old man held up his left hand and immediately Hua ran to his side. He spoke softly into Hua’s ear. Hua nodded and as the old man finished speaking, Hua ran through the corridor. By this time, Li was up on his feet and pacing back and forth in front of his disciples who stood as still as statues. They were all very anxious to embark on the mission that they have been training their whole life for. What was this mission? Every disciple hoped and prayed that he would be chosen to take part in it, yet they knew nothing;, only of the dangers and risks that they had wholeheartedly agreed to. They had been trained to prepare for danger, to defend against deadly weapons, and to shield against wicked spells. 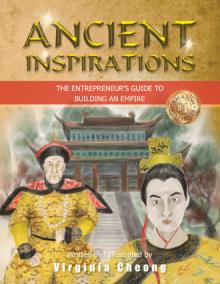 The Guardians had always been the protectors of Earth, but an unthinkable betrayal has led to their downfall—forcing them to reincarnate as humans and endure lifetimes of pain and suffering.

Without any recollection of where they came from and with their powers unknowingly locked in their subconscious minds, the former Guardians can only live the life they know, fighting to survive. But the pain they must endure is so unbearable that most of them lose their minds. Even the leader of the Guardians, the Almighty Dragon, has fallen victim to the Heiling clan’s evil plot.

With the burden of the prophecy on his shoulders, Master Li, his eight-year-old son, and his loyal disciples set out into the Western world to find the Guardians in an attempt to restore peace and harmony to mankind.

The dangers they face are beyond anything they envisioned. The Heiling clan seems to always be one step ahead of them, and their vast numbers make it seemingly impossible for Master Li and his followers to fulfill their mission.

Filled with adventure, mystery, and cultural diversity, the search of the Guardians brings to Master Li and his followers, experiences that are unforgettable.

Virginia Cheong started her adult life as a stay-at-home mother. She went on to become a university lecturer in commercial law and taxation law before starting a career as a business coach and mentor.