An Inspirational memoir of the dance between stroke and healing. 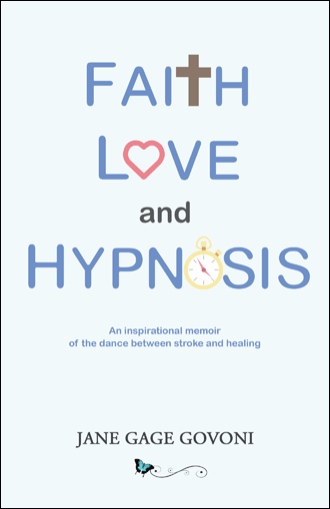 Chapter 1 The Storm I was doing the dishes on the evening of August 12th 1998, when Jim came to the kitchen widow and asked if I wanted to take the dogs for a walk with him. I smiled and shook my head no. Instantly, I realized I couldn't make words leave my mouth. Quickly I turned, feeling panic surging through my body. On the second step, I collapsed, hitting the edge of the stove hard enough to chip a tooth. I had the irrational thought if I could take a bath, I would feel better. I know the thought was irrational, but in my defense, my brain was shutting down. I was very definitely in fight or flight mode, and when that happens our energy goes to our arms to fight and our legs to run. Our prefrontal cortex thinking brain is not getting a lot of power. Habit takes over, and we do what we know how to do in a similar situation. My habit is to take a bath; it has always been my way to comfort myself when I feel broken. But this time I was too broken, and I realized that when I couldn't get up from the floor, so I started to crawl upstairs. When I reached the tub, I couldn't remember how to turn the water on. I crawled to my bed, pulled my quilt over me, and passed out. My very intuitive daughter, Gina, said she heard me calling her, so she ran into the house and woke me up. By this time, I was only answering in very garbled speech. She called her dad, and in minutes he was there. When he went to the phone to dial 911, I became so agitated, pointing to my grandma’s house next door. I didn't want her to be afraid. They understood, and between the two of them got me into the car and rushed me the 28 miles to the hospital. Jim was driving too fast, hoping to get pulled over by the police, but it felt like we were flying through a deserted world; nothing was real. The three of us moved through the emergency doors, and I heard Jim yell, “my wife is having a stroke, please hurry!” and they did. This is the moment I became the observer of my life. If you have ever waterskied, you know if you stay right behind the boat, the water is calm. On both sides of you are rolling hills of water. I stayed in that smooth calm, watching while everyone around me was jumping the waves. I thought, “So this is what it feels like to have a stroke.” The doctor asked if I would please tell him what year it was, and I answered, “1812.” Obviously a memorable year in my distant past! My blood pressure was still not extremely elevated, even though I wanted to tell them that it was very high for me. But I didn’t have the words, so I settled back into being a peaceful observer. They made arrangements to send me the 45 miles away to the University Hospital after the CAT scan proved I had a stroke. Gina had called her sisters, and within 30 minutes the ER lobby was populated by Jim, all four girls and Maria’s boyfriend, Mom, Brother John, and Aunt Jan. The observer in me could feel their fear as my mother came back to see me. I was still in the eye of the storm and felt relatively calm, or as calm as you can be with all the poking and monitoring being done in an emergency room. I could hear my brother saying over and over to anyone that would listen, “She will be sick, she gets motion sickness-please give her something before you put her in an ambulance.” I really do get sick and I have since I was a small child. Since I became 16, I drive whenever possible or sit the front seat. I am pretty sure those two options were not possible in this situation. The observer in me decided it probably was a little problem right now. My mother came back to the exam room and I said, “Scared.” She thought I was scared, but I wanted her to know I didn’t want her to be scared. I said it over and over to make her understand. It would be the first time, but not the last, that what I said and what I meant would not be understood, as any person who has experienced a stroke or a brain trauma, has had to deal with communication challenges. She told me that they were all praying, and she knew it would be okay. I smiled and focused on Jim’s hand over mine as I slid in and out of reality. I woke up in the ER of the University of Wisconsin Hospital waiting for something. There was an IV in my arm filling me with cold from the inside out, like tiny crushed ice pushing through my veins. I could hear the sounds of ambulances as they arrived and people running and calling to each other. It was a hot August night, and I felt as if I was freezing. A nurse stopped by and told me that there had been a bad accident, but I would be taken to a room soon. She noticed that I was shivering and got me a blanket from the warmer, and it felt wonderful. I slid back and forth from one reality to what felt like a deep sleep. Thoughts and feelings bubbled up and swirled like I was on the inside of a lava lamp. Although it was as easy for me to make myself understood as a lava lamp, I still had thoughts.

What would you do if one minute you were healthy and the next you had a major stroke? What if you were told you had lost 1/3 of your brain and were not expected to live? What if Western Medicine had no treatment for your rare brain disease? This is exactly what happened to Jane and this is her story of healing. “All I can say about Jane’s story is, ‘Wow, a Warrior Woman for sure.’ This is a phenomenal story of the resiliency of her indomitable spirit in recovery from a stroke, mixed with the best of traditional healing arts she incorporated, makes for a read you won’t be able to put down. Hands down, a wonderful book of inspiration and hope. Read this book.” —David Nelson, PhD, Author of “Black Belt Healing: A Martial Artist’s Guide to Pain Management & Injury Recovery. “Jane’s book, Faith, Love, Hypnosis, is a remarkable sojourn of The Hero’s Journey. Moreover, it is a playbook for not only coping with stress, but epitomizing how we can reach our highest human potential. Informative. Intuitive. Inspiring….for everyone.” — Brian Luke Seaward, Ph.D. author of Stand Like Mountain, Flow like Water Jane ‘Sky’ Govoni offers an astounding lucid report from a woman who “had a 1/3 of her brain die” It is a most riveting page turner; I couldn’t wait to find out “What happens next.” Thank you, for taking time to write this brilliant book. It will most certainly help anyone facing a health crisis and those who care for them.” —Shelley Stockwell-Nicholas, PhD President, International Hypnosis Federation

Jane loves to teach, write and speak about healing and living healthy happy lives. You can find her living on a little lake in Oxford, Wisconsin with her husband Jim, and Daisy the dog.