The Intimacy of Tenderness 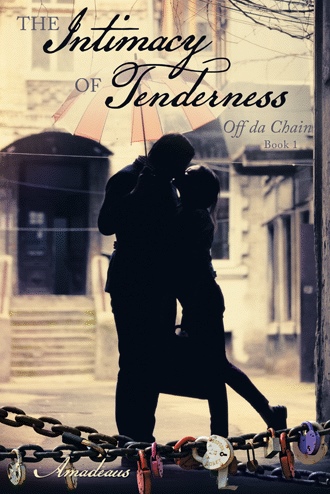 This novel is set in modern day Atlanta, Georgia with all of the glitter and action that the city has to offer. Like with most men, the feeling of the need to find a suitable mate and get married continues to surface in the mind of the main character Lanceford as well as in his spirit. He is affectionately called Lance for most of the book by his friends. For all practical purposes Lanceford is a romantic and deeply committed to the idea of romance and relationship, but all he needs is to have someone to be romantic with. He's not a very outgoing man and spends most of his time at home when he's not at work. However, while teaching, he eventually catches the eye of Ilianna. She is from Brazil and is breathtakingly beautiful in every sense of the word. She is the oldest student in the class and by far the most mature. You seldom saw her hanging around the other girls on campus engaging in trivial conversation, although she did on occasion.

Considering the fact that faculty members should not be dating their students, Lance was doing his best to abide by this rule, but one day it happened. He fell in love with Ilianna. With everything that they are doing to each other as well as with each other, it turns into a romantic story. There are messages in the dialogue of how men should treat women as well as messages to men about proper dress and hygiene when approaching a woman. There are messages to women from a man’s point of view on what he expects of the woman that he's dating who already has children. These messages are couched in a comical fashion which will cause both sexes to think about the perceptions of the other. There are riveting sex scenes all the way through the book written in graphic details that would make a nun blush while reading it. Along the way Lance attempts to assist two of his friends, CJ and Marcus, who are constantly having relationship issues. Even though CJ gives Lance advice on how to catch a woman, he can't quite seem to keep one himself. His sister Geleta is a cynical piece of work who can't seem to land a man and it’s not because she has 6 children.

Lance is also a former executive chef and cooks throughout the book for friends as well as Ilianna. While various dishes are being prepared, the reader is walked through the actual preparation of the meals along with the presentation of all the recipes as well. They are mouthwatering to say the least.

Long before the end of the book, it becomes interactive, in that Lance meets one of his former students who is playing with the band that is performing while visiting a little hole in the wall eatery with Ilianna. Lance gives him a business card that has the wrong email address on it, so Lance gives him the correct one which is actually an active email address for the purposes of the book.

Even though this is a modern day setting for a very nice love story, there are several comical moments of engagement for the reader as well as many poetic moments of scene descriptions and an inside look at Lances view on men in the mall, as men hurry to find comfortable leather seats only to discover that the chair the man sits in and occupies for the duration of her shopping trip was not such a fiscally bright idea. Over all, the story constantly moves along and keeps the reader engaged and intrigued and wanting to know what Lance is going to do next. There will be surprising things in this book that you’ll find to be quite interesting. There might even be some things that you might even want to try out at home. This is a natural story. It is natural in the sense that is looks at the human story of love and falling in love in such a way that leaves the reader wanting to know more about what’s going to occur in every chapter. It looks at the lives of two main characters and what happens when these two people finally get together in a romantic setting. Enjoy the story because it could very well happen to you . . .

I got up this morning anticipating the weekend. I had a late class today and as I remember, we were just going to discuss a few writing styles of various contemporary composers. Half of the class time would be devoted to listening to some of the nuances of Miles Davis and understanding his brilliance as a trumpet player along with social factors which may have contributed to his hate as well as the anger that many people said he had. Everyone should have finished reading the book “Miles” by Miles Davis himself. I am actually positively anticipating the lively discussion that I’m sure will ensue.

I could feel the briskness of the crisp cool air this morning as it wonderfully invaded my room. Apparently, the wind had been blowing just enough to release some of the autumn colored leaves into the air so that the wind could transport them to my balcony. It’s wonderful sleeping naked. There is so much freedom. As I looked over the balcony, I saw a few squirrels playing around. They seemed to really be enjoying themselves. While standing there in the silence of the morning, that silence was broken by what seemed like muffled moans and covered screams floating through the air. As I stood there and listened, I could hear a female voice saying,

The longer I stood there and listened, the more excited I became. This seemed to go on for the next hour. I could tell it was a brotha . . . . . . .

So you think you’ve heard it all? It’s not until you delve into the pages of this book and have a taste of what’s between the covers, that you come to appreciate where Amadeus takes you. This is the first step of your romantic journey. You’ll want to experience the things you read about as well as taste and savor the succulence of unbridled passion between Lance and Ilianna. But it doesn’t stop there.

It is said that many Latins are known to be hot tempered, and when they’re heated, it’s hard to understand what they’re saying. Well, when Ilianna is heated, you understand quite well what she’s saying through the universal language she uses, which is understood in any language. Reader discretion is advised . . .

The e-book version will take you to yet another level as Amadeus offers music to go along with many of the scenes, so that you can listen while you read. The artist’s, that have been chosen, add to your enjoyment of the book while you get your groove on. Remember, you still have five more to go, and each one is better than the last. It’s a literary masterpiece. Enjoy!

Amadeus is an author, educator, relationship counselor, researcher, lecturer, workshop facilitator, motivational speaker and a jazz and classical pianist. There is an unending portfolio of playful possibilities along the way which may cause you to pause, and re-think that which was taboo or forbidden love in the past.