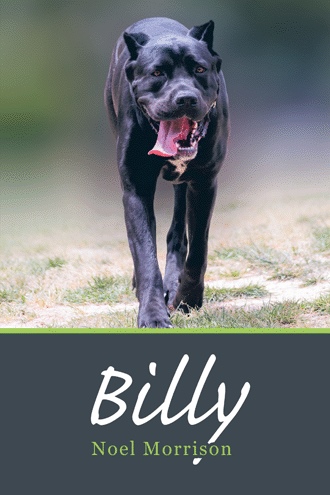 Mrs Blanche went to the whiteboard and carefully outlined a shape. It looked like a fat cigar. She waited, looked at the class then started another drawing next to it. She drew its body then gently added a wing. The wing was crooked and only partially opened. ‘It’s a butterfly,’ Simon yelled. lastic trays at the front of the room. ‘Billy, it’s time to pack up.’ Mrs White watched Billy slowly organise his books and pencils and he put them carefully in his tray. ‘See you Monday Billy.’ Billy said nothing and walked slowly from the room with his hand in his pants pocket and his eyes focussed on the ground in front of him. She waited for him to leave the classroom and then went to her desk and turned off her computer. She knew as she did so that Billy would be carefully counting each step as he left the class. ******** Billy’s mum crossed the quadrangle and turned down the verandah that ran along the length of the grade six classroom. ‘Hello Billy. How was your day?’ Billy said nothing and continued walking. ‘We’re having your favourite tonight for tea,’ Meg said as they walked to their car. ‘Take away pizza. You can choose your three slices first. Last time Dad ate too much. Do you remember?’ she asked. Billy nodded, but was now more concerned with playing with the ball of string that he carried in his pocket. Today’s colour was orange. It was always orange on Fridays. Each day had its own colour and his favourite was orange for that meant time away from school. Time away from the noise and rush, and especially the discordant sounds of the students that rang like sirens in his ears the moment he left the car out the front of the school each morning. He walked ahead of his mother and wondered why, when she knew that they had pizza every Friday night, she needed to remind him. Meg waited for the cars to clear on the busy road and then slowly eased into the traffic. Silently they drove the three kilometres to their house and, as she carefully passed the school children on their bikes, she saw their excitement as they headed home for the freedom of the weekend. She knew it was an excitement that Billy would never share either with her or the other students. She turned the car into their driveway and waited for Billy to get out. He had to get out first, then re-wind the wool and put it back into his right pocket. It was a ritual that never changed, and she’d learned to allow him to take as much time as he needed to arrange his orange string into a ball that was not too tight or too loose. It had to be exactly right. ‘Billy, before you go inside there’s something I need to tell you about Ruffles. I know that when he was a kitten he bit you and you’re not that fond of him, but he’s been sick for a few weeks and he may need to go to the vet. If he goes, well,’ she stopped speaking and wondered how to go ahead without Billy flying into a rage. ‘He may not come back Billy. Do you understand what I am saying?’ Billy stood still and said nothing. She would try later, she decided. Perhaps after his bath and before he went to bed would be a better time? She waited for him as he followed her to the front door. He went into the family room, plonked himself down on the couch, grabbed the remote from the faded green arm of the lounge chair and flicked on the television. She went into the laundry to see how Ruffles was. He lay as if he hadn’t moved since she had left him, and with a flash of panic she thought he may have died. She bent down and finally saw the slow movements of the cat’s breathing. She stroked his orange fur and a sense of hopelessness grew inside of her. She knew that she mustn’t allow herself to become too emotional. She needed all of her strength to cope with Billy and the eventual traumatic journey to the vet. She went into the family room and watched Billy who was now totally absorbed in his programme. She looked at his thin, white neck and pale, blond hair that tapered to a funny, swirly point at the back of his head. If only she could hold him and convey her love through her warmth and touch, but Billy had not let her touch him since he was a toddler. When the programme ended she collected the menu for Mario’s Pizza, even though there was no need to look at it. She and Rob had tried to get Billy to eat other take away food but had always failed. It was easier to accept his choices than fight them. She checked the kitchen clock and decided to text Rob. She hoped that his mood had improved. She started to text when suddenly the power went off and Billy started to scream.

Eleven-year-old Billy Anderson is autistic, bound by rituals, and greatly agitated when things happen out of the ordinary. One night the power in his home suddenly fails, causing his mother, Meg, to unleash a fury of emotions and send a panicked Billy fleeing into the cold, wet darkness.

Billy—who has created his own world to keep himself safe—is now out of his element. Plunged into the unknown beyond his front door, his flight to escape his fears sends his parents into a panic. As he heads toward a church where he hopes to find candles, Billy’s mother summons the police while his father races home, only to have a traffic accident delay his arrival. Meanwhile, none of them have any idea that an unlikely hero is about to save Billy from a frightening encounter, release him from his silent prison, and send his parents on a journey of acceptance, healing, and hope.

Billy is an uplifting and emotionally moving novel about a runaway autistic boy who struggles to overcome the dangers of the night, unwittingly teaching a valuable lesson to everyone who loves him.

Noel Morrison is a teacher who earned a master’s degree in Counseling. He has a particular interest in young people who have autism spectrum disorder and the challenges they encounter. Noel is married with three children, loves animals, and lives in rural South Australia.