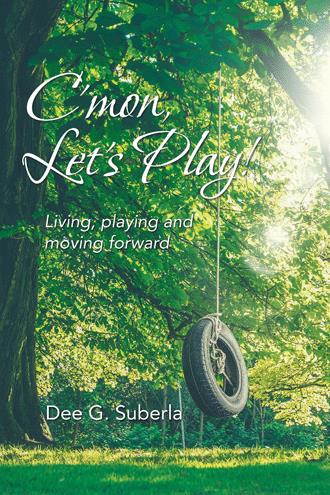 Dee confesses to us that she has numb spots in her brain that have always played a key role in her life, even to this day. She shares her approach to making some life changing choices on how she became a hippie in the late 60s and early 70s, to her decision to retire early from her corporate job and how she moved through breast cancer. After recovery all she could think about was that song “Is That All There Is?” Dee finally took action and discovered a massive amount of existing information on how to achieve your dreams and find peace in this wild ride called life. Her use of self-deprecating humor combined with the fact that she was born to play, helps the reader try some of these methods to change their lives. It takes work to make a real change but it doesn’t have to feel like work, so… C’mon, Let’s Play!

Dee G. Suberla grew up in the 60s and 70s and learned most of her lessons, the hard way. As a self-proclaimed hippie, her experiences were entertaining to say the least. Later in life, as she joined the corporate world, she found that her mom had always been right, “You can do anything you set your mind to.” She set her sights, moved up the ranks, and found herself coaching people along the way. When the time was right, she took her own advice, but learned that it isn’t such a direct route. Today Dee is a coach, consultant, and teacher who says “At this stage, I’m just working for fun!” She is the author of Poof! You’re a Project Manager and Other Delusions of Grandeur. By sharing her story, Dee helps the reader see that no matter where you start, you can achieve your hopes and dreams, her life is proof of that!