Travels of a New Zealander in 1929 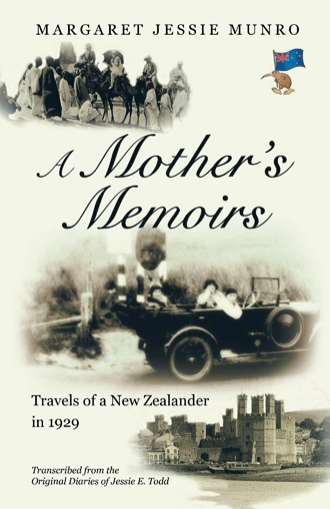 Two young ladies from Southland in New Zealand embarked on travel to “Home’ as they called it then, sailing by ship,visiting Australia, Ceylon, Africa, Italy, arrived at the Docks in England and planned the rest of their journey around Britain. Buying a car for ￡65 they drove north and visited many cities and towns, staying at hotels or B&Bs as they are now. The maids came with washing water to their bedroom and electricity wasn’t always available. Candles seemed to be more common! The trip took them through Scotland and down the West Coast back into England and included Wales. The South of England was well documented and the whole journey back to London took six months. History, geography , people and customs were of great interest. “The old bus’ as they called it had a lot of maintenance but the local garages near where they stayed provided what was necessary. Brakes had to be adjusted many times as some of the roads in those days were difficult and graveled. The hood on the car went up and down according to the weather. The diary is as it was written and is transcribed on to our modern computer to live forever!

In May of 1929, Jessie Eliza Todd and her older sister Louie embarked on an adventure that took the two young women from Southland in New Zealand, sailing by ship to England. In the interim, they visited Australia, Ceylon, Africa, and Italy.

In A Mother’s Memoirs, author Margaret Jessie Munro, Jessie’s Todd’s daughter, offers a transcription of the diary Jessie kept during the trip. It shares a host of details as the pair traveled by sea and then purchased a 1928 Morris Oxford convertible in England, facilitating a number of excursions around Britain and beyond. They drove north and visited many cities and towns, staying at hotels or bed and breakfasts. Their trip took them through Scotland and down the West Coast back into England and included Wales.

With photos included, this travelogue shares the experiences and thoughts about the girls’ journey offering insight into the history, geography, people, and customs of the times.

Margaret Jessie Munro grew up in and now lives in Oamaru, New Zealand. Retired, she has fi ve stepdaughters and she and her husband have two sons.