Bringing the Inside Out

Peeling away the emotional layers to self acceptance 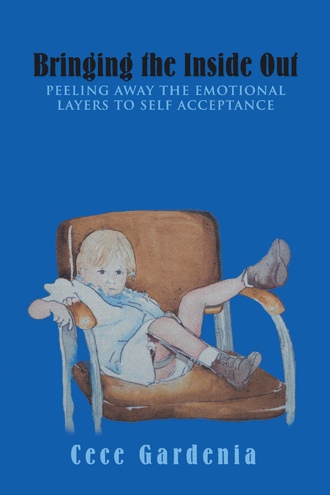 Prologue Hanging over the bars of the cold metal crib, the child’s screams and wails echo through the hall; as her mother and father walk quickly towards the exit door, after their weekly Sunday visit. A nun in a grey habit silently appears and waves goodbye to the parents before drying the child’s tear- stained, reddened cheeks. Long days pass until the next visit; weeks turn into months, and the girl, confined to a polio ward along with many others, grows resolute in the face of fear, pain, and loneliness. **** I stand for long moments in the shower, gazing through the steamy clear glass of my isolated haven, as the scene floats through my mind- a wisp of memory, a quiver of distress. I can hear the cries; my throat feels tight. I hold the nozzle close beneath my chin, lost in the past of the physical and mental crippling, while warm water blankets and soothes me. The old neediness for solace, for love, rises up through me. My baby book tells the story on soft pastel pages. Sentences lovingly written in my mother’s hand, documents my hospital stays, including birthdays and holidays, and her longing for my return. I am moved in that isolated moment by the tender sentiments she expresses. And yet they feel foreign to me, as if a stranger had written them. Seeing through the Pane Now At twenty-two months, I was ready to see the world on my feet instead of my hands and knees. It was a surprise and a concern to all when I suddenly began to falter. My falls became more frequent and I developed a fever that persisted for an undue length of time. The stark truth for my parents followed: their baby had contracted polio and would have to be hospitalized immediately. Through the next few years, black and white pictures, secured by photo corners, reflected images of me as a child, wearing the ever-present leg brace and crutches. I had contracted Spinal Polio, the most common form of poliomyelitis, primarily affecting my lower right limb, causing weakness and partial paralysis. In actuality, I was fortunate to have this type of polio, considering how much worse other forms could have been, as it was for many others. Some who contracted the infection were completely paralyzed or died when their chest muscles weakened. In 1952, when the polio epidemic was at its highest point in the United States, there were close to 60,000 cases, with over 3,000 deaths and 21,000 people with varying degrees of paralysis. Most who died were children younger than five. To simplify it, the virus most commonly entered the central nervous system through the blood stream and infected and destroyed motor neurons. Consequently, the muscles were not receiving signals from the brain or spinal cord, and without this nerve stimulation, they withered and weakened. Those infected would experience a variety of symptoms; fever, sore throat, a mild headache, muscle pain and a stiff neck. Depending on the severity of the infection, within two to four days, complete paralysis could occur. Was it from the summer days swimming at the beach as many had thought, or just a chance exposure to a passing wind? A question with no answer to this day. I was admitted to St. Francis Hospital in September 1950 and entered the infants’ ward for a year, along with many other children. The year before I arrived, the hospital was admitting up to thirty patients a day and attending to, in total, almost 400 patients. After my initial admission, I continued to be admitted and discharged for corrective surgeries until I was eleven, with varying lengths of stays. **** The young girls’ ward mirrored something out of the pages of the children’s story, Madeline—three rows of drab, painted iron beds with matching metal nightstands were meticulously placed throughout the ward, like keys of a piano. Along with my favorite stuffed animal, Mimi, all my belongings fit in a drawer at the top of my nightstand. Below was a washbasin with my personal toiletries. Through wall -to –wall, double hung windows, I could look out onto the sparking waters of a harbor from our high perch. Abandoned structures were scattered along the coastline, as the port had once been a busy shipbuilding hub. Of course, at my young age, I was not aware of the history outside my enclave. My primary consideration was to manage my own small world within the confines of the hospital.

Very few of us go through life unscathed. We encounter hardships along the way and think “How will I survive or why did this happen to me?” Colette Aliamo has had her share of feeling broken, immobilized, defeated and hurt. Barely two years old, she is hospitalized for the potential life- threatening virus of polio during the 1950’s epidemic. Enduring long separations from her family and frightening surgeries and procedures, she is left with little reserve to provide her emotional stability. Life at home with her family is equally unsettling. With a physically abusive father and an emotionally disturbed mother, Colette finds little solace in her world. Living with deep-rooted insecurities, her fears of being accepted set in quickly during her school years and beyond. Despite her self- loathing, she faces the world hiding behind the mask she has made for herself. Feeling she is living a lie, Colette attempts to find ways to validate her worthiness. After a failed marriage, she questions her self worth and chooses misguided paths to ease her despair. Family betrayals and chronic illnesses threaten to consume her. However, with an unyielding spirit and the help of her loving husband and good friends, she comes to unexpected revelations that allow her to unshackle herself from a predestined emotional breakdown.

Cece Gardenia was born and raised in New York. She is married and lives with her husband on Long Island, where they raised four children. Bringing the Inside Out is her first publication.