The Day, Month, and Year 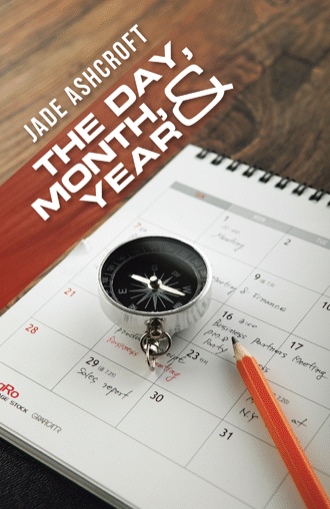 It was Steve and my sixth year wedding anniversary. Neil had built his own small yacht and brought it up with him from Sydney. It was decided we would all go down to the Noosa River and go on Neil’s yacht. It was a Sunday and a windy day in August. We all got aboard. Steve was nursing Dylan, who was not quite three until the next month. I was nursing Gavin, who was fifteen months and Roz was nursing Russell, who was eight months old. We were sailing across the river when suddenly the yacht went right over on its side in the freezing cold water. I couldn’t believe it! How stupid were we with children on board and no life jackets! I was so frightened of deep water. Then suddenly it returned to its rightful position. Thank God I thought. Let’s get this boat back to shore. Then suddenly, it went over on its side again, this time throwing Neil into the water. We lost the captain! Thank God, once again, it went back to its rightful position only this time Steve’s quick thinking saved us. He raced over and with his knife, he was carrying cut the sails. I have no idea why he was carrying a knife that particular day, and I didn’t care. We were safe and we all got back to the shore, albeit we were wet, but we were safe and there were no fatalities! We drove back home in silence. Once home we showered and all got into dry clothes. Astrologically that day the moon was in Aquarius. Aquarius is all about sudden and unexpected events. Saturn was sitting right next to my Neptune and making conflict to my sun and my mercury. Saturn represents obstacles and burdens. Neptune rules water and boating. The Sun represents, Sunday, sons and the self. Mercury represents worries, travel and stupidity. It’s all written in the stars! Steve asked Neil and Roz would they mind looking after the boys while he took me out for dinner that evening. We had too much excitement for one day and Steve, thought we could have a quiet dinner together to celebrate our wedding anniversary. We wouldn’t be long. We would just go down to the little shopping village at Peregian to the Peregian Prawn Restaurant. We arrived and to our surprise, we were the only patrons. We were rehashing the day when a man pulled up outside the restaurant looking at the car Steve was driving. Steve worked in the garage and this particular weekend Steve brought home a customer’s car as something was getting done to his truck. The person came back kept looking and then Steve realised it was the owner of the vehicle. Oh no! He would have to explain why the car was not at the garage. Eventually, he left. Our meal just came out when suddenly there was an explosion, and we lost power. The lights in the fish tank in the restaurant blew up! The lights came back on, but that was the only power the restaurant had. They couldn’t serve anything else so we went home. What a day!

Most of us wonder why we are here and what life is all about. It is possible to answer these questions through the application of astrology and numerology to life events. These ancient sciences can affect and shape our lives, and author Jade Ashcroft can show you how.

In The Day, Month, and Year, she tells her life story, one marked by struggles with mental illness and love affairs. She then illustrates the significance of date, time, and year throughout her life events. Ashcroft reveals real evidence about the knowledge that can be gained through the study of the planets and numbers as they relate to our lives. Dates—particularly birth dates—can offer insight into ourselves and can guide us as we seek to make sense of the past and present and move forward into the future. The understanding presented here can provide meaning and answers to anyone seeking to know more about the interconnectedness of life.

In this memoir and guide, one woman shares her personal narrative of a challenging but rewarding life, along with the understanding she gained from astrology and numerology.

Jade Ashcroft has practised astrology for more than twentyseven years and has in that time observed a powerful connection among the planets, numbers, and ourselves. She holds a diploma in professional counselling and lives with her husband on the Gold Coast in Queensland, Australia.