My Sister, My Friend 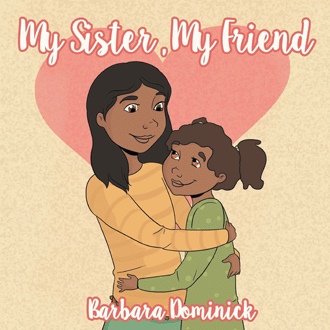 It was a cold winter day, so cold that everything seemed frozen. Last night’s storm had left a heavy blanket of snow that covered the city and muffled all sound. The streets were empty and even the Milbank School, on Lenox Avenue and 117th Street in Harlem, NY, seemed strangely quiet. The school was always buzzing with the sound of the children’s voices. But, today there seemed to be no children inside. Suddenly, they came bolting through the doors. There were children coming from every direction onto the snow-filled street. They were screaming with the sounds of joy—FREEDOM. They had been locked in the auditorium for assembly and now each grade was being released, one at a time. The fifth grade was the first to come out. After putting in six hours of labor, these hard-working fifth graders were free. They could either stop for a snack with some friends or go home and wrestle with chores and homework. Yet, they chose to remain. As they gaily danced about in the soft carpet of snow, an object went flying through the air and crash landed on a girl with pigtails. Another followed, catching a boy on his leg, causing his knee to buckle. The air was filled with snowball traffic coming from every direction. Children’s arms were swinging as they threw their hastily-made snowballs. Their legs were pumping while they dodged incoming missiles—it was heavy snowball combat. The girl in pigtails had positioned herself behind a pile of snow. She had her snowballs all lined up—she was ready for revenge. At two second intervals she would poke her head up to make sure everything was clear. Then she would take aim, shoot, and duck. She was an expert; she always hit her target. In the confusion of battle, no one was aware of her. There was too much going on. So she continued to pop up . . . aim . . . throw . . . and duck. Pop up . . . aim . . . throw . . . and duck. SPLAT! The school bully caught it right in the face. He looked about to see where the snowball came from but with everyone throwing snowballs he couldn’t tell. He turned and bent down to make a snowball. When he rose, just as he was about to get it in the face again, he spied the pigtailed sniper.

My Sister, My Friend follows two sisters on a cold winter day in Harlem, New York, after a snowball fight in the school yard. Jill, the youngest sister, is care-free while her older sister, Chris, needs to be perfect. Jill is in trouble for her part in the snowball fight as Chris threatens to tell their mother. Jill must somehow convince her sister not to tell. But, as they get closer to home, the story takes on an unexpected twist with possibly both sisters getting into trouble. Come along with Jill and Chris as they travel home to discover what awaits them at the end of their journey.

Barbara Dominick grew up enjoying various creative endeavors. In college she found her writing voice and “My Sister, My Friend” was born. She was encouraged by her college professor to publish her story. But, as a single parent with children to raise, and a career to pursue, she put her story on hold. She is now retired, enjoying life serving her community as a Reiki Practitioner and an Interfaith Minister. It is, finally, her greatest joy to share her story with you now. Barbara hopes you enjoy reading it as much as she enjoyed writing it. She lives in the Bronx, New York.