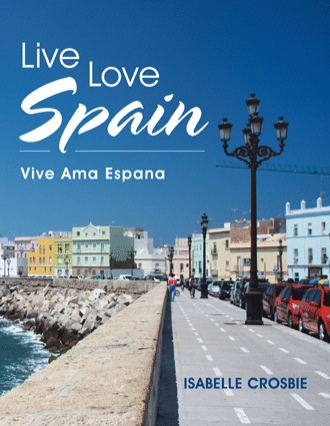 Open yourself to a superbly visual account of historical Spanish cities and festivals such as the Dia de la Cruces in Granada and from Cordoba, la Fiesta de los Patios. Walk the sandy streets of El Rocio, enter ancient and modern cathedrals and explore Alcazars; feel cool coastal breezes and then the white heat of the Pueblos Blancos. Travel through open countryside and the wide expanse of Spain to share a journey. From a first hand perspective of living every moment under the sun during a five week sojourn through Espana, may you too, experience from your discoveries amidst these pages, a love for the zest of life that is Espana.

ISABELLE CROSBIE lives in Newcastle, NSW. Although a trained secondary science teacher, her passions of travel, writing and photography have taken her across the world; from deserts in North Africa, to the tin mines of Bolivia; from coral sands in Belize to icy blizzards in Antarctica. Join this adventure, Spain.