An Inspirational Journey from Disability to Ability 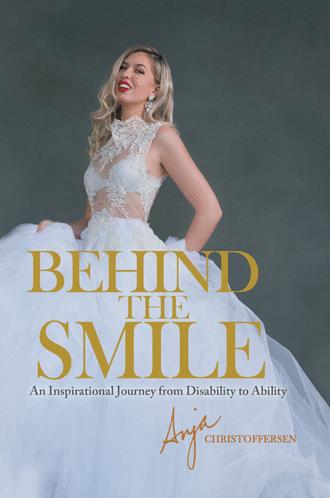 Trust that what happens in your life is for a higher, positive purpose that you may be unaware of

A push on the middle of my back marked my cue. My legs felt like jelly perched on nail thin stilettoes. My heart raced as I took three large strides before seamlessly pivoting to face the length of catwalk. The audience were dark blurs in my peripheral. The shoes were high, the polished concrete smooth and slippery. The lights were blinding, and my skin was coated in a thick layer of goosebumps. I was overcome with a sense of achievement.
The blinding lights and goosebumps couldn’t help but remind me of theatre. I felt a sense of familiarity. All eyes were on me. Rather than doctors huddled around examining me, the audience stayed in their seats as their eyes grazed up and down my body. The circumstances could not have been more juxtaposed. In this moment, I could not have felt more alive.
It is easy to allow your circumstances to become your identity. In this moment, there was no room for my ‘alter-ego’ - the ‘disabled’, weak girl - the personality I could easily slip into when I was spending my days in hospital or bed-bound. I left her back in Australia, she wasn’t invited on this trip however she was definitely part of the journey to get there. Every visualisation since my 2015 New Year's Eve countdown centred around this moment.
I had no idea of the "how" of getting there, and that wasn't my focus. I trusted the details would take care of themselves. I knew the most important thing was to believe I could. Sounds stereotypical, I know.
Self-belief seems easy when things are going your way, but when life presents challenge after challenge, and obstacle after obstacle, giving up or dismissing a positive story is easy. There were many times I could have given up on myself. The doctors gave up on me ever living a "normal life" before I was even born. It would be celebrated if I could survive, let alone live.
When I became old enough to understand that my life wouldn’t be ‘“normal” I wasn’t bothered by it. I didn't want a normal life, I wanted an extraordinary one. I made the decision that I would be happy despite my circumstances.
Once I understood that not everyone faced the same challenges that I would with my disability, I posed a question to myself; is being one in 10,000, or perhaps even one in 40,000 a blessing, or a curse?
It really is based on your perception. If you are the one in 30,000 that holds the winning lottery ticket, you’re feeling blessed, but if you’re the one in 465 that has had your ID stolen, you’re feeling very frustrated.
To set the scene, it was 1981 and thick snow lined the streets of Denmark as the clear blue sky beamed from above. My Danish-born mother came from where she lived in Brisbane, Australia to hand-deliver gifts to her neighbour’s brother. I’ve only mentioned two sentences and it’s already obvious what happens.
Their first meeting was described with words like ‘fireworks’ when they retold the story. They tell me that when you meet the love of your life, you just know it. Mum, loving to create some controversial gossip in the small towns in Denmark decided to spend the next week at his place, as they just couldn’t be without each other. Dad had been married previously and had a 7-year-old daughter and 17-year-old son, so despite such a passionate romance, unless mum could stay in Denmark, they couldn’t be together.
The twist in the tale is not that mum found out she was expecting on her return home, but that she kissed him goodbye at the airport, and they fell out of touch.
In 1994, before telephone communication was properly utilised in love stories, my mum returned to Denmark to rekindle this love that nothing else was able to match. With the moral of the story being, ‘you really should have called beforehand’ she quickly found out that my father had gone to Australia for the wedding of his nephew.

Anja Christoffersen learned early on that you can never judge a book by its cover. Born with a congenital disability that deformed her digestive, skeletal, reproductive, circulatory, urinary and respiratory systems; she had her first surgery at five hours old. Despite a grim diagnosis, from the outside you would be unable to tell she was any different. You would never have known that at birth, the medical fraternity warned that she would never live a normal life. Once Anja grew to an age where she could understand her medical differences, she made the decision that she did not want an ordinary life anyway - she wanted an extraordinary one. As soon as Anja realised happiness is a choice, she made the decision she would be happy despite her circumstances. From surgical theatres to chasing her dreams led her to a career as an international fashion model. Join Anja as she walks the catwalks of Australia and Europe with her hidden medical condition, overcomes challenges and discovers how to keep smiling – no matter what.

Anja Christoffersen was born with VACTERL Association and at a birth her parents were told she may not make it through the first day of life. She has had dozens of surgeries and more than 150 hospital admissions in her first 20 years. Despite her health struggles, she has walked the catwalks of Australia and Europe as a fashion model. Anja has a strong desire to advocate for those with chronic illness and help others to find happiness regardless of their circumstances.