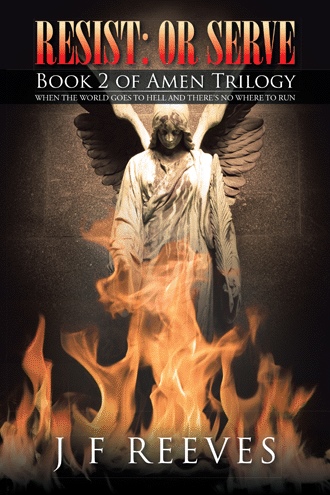 Old Zebediah Casey had been running for most of his life from one thing or another. First it was women. Strange creatures with nothing more on their minds than making you go out of yours. Then there was the Army. Conscription they called it. Well bugger that. If the Government was retarded enough to irritate foreign powers and aggravate terrorists, let them clean up their own mess. All he asked for and expected was to be left alone, that was why he chose to live in an old backwoods cabin down by Steelers Pit in the Chuska Mountains, New Mexico. At least here the only bugger he was accountable too was himself. That was Zebediah’s self styled logic and he was comfortable with that. Or at least he had been. Before all those strange things started to happen. The brunt of it though, started just over a week back when he found his old companion of twelve years, Doogie, a half wolf, half bad assed German Shepherd, dead not five meters from the cabin. Well in truth the first part he found was near the cabin, the rest took some investigating. Old Doogie had cheesed somebody off all right. It took Zeb the best part of a day to pick up the remaining pieces and give the faithful old animal a fitting burial. The last couple of days Zeb had done a lot of good hard thinking. He didn’t mind when they first shifted into his neck of the woods, they had stayed out of his way and he liked the ar- rangement. But just lately they started to get adventurous. He noticed feed disappearing from his shed. One of his cows went missing. And those strange noises at night! Didn’t take no Einstein to see it was them. Yep, old Zeb knew what had to be done. He cleaned up the old shotgun, oiled the parts until he was satisfied she’d perform up to standard, stuffed his pockets with shotgun shells, gave Doogie’s makeshift cross one last look and then braced himself, taking in a deep lungful of fresh Ponderosa pine. Yes sir, they had infringed on his mountain. They had taken what was his and damn it, they had destroyed the best friend a man ever had. With the determination of a man disposed to fairness, Zebediah Casey headed for the old Cavern pits. He would show those Alien mongrels who was King of this mountain. 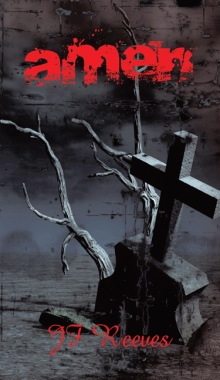 Everybody has a secret!

When it comes to ugly little secrets, Pine Gap, in the heart of Australia, would be the prime candidate for keeping the best of them.

John Sampras is a computer genius sent to Pine Gap to install a new update on one of the world’s best kept secrets. What he finds, challenges every known ethic he was taught to believe in. Sampras knows the decision he makes could very well be the catalyst to destroy not only the New World Order - but all of humanity.

Sampras escapes from Pine Gap, armed only with a small flash drive. He is running for his life in the heart of Australia’s most venomous desert, no water and no survival skills.

He is not running for his life - he is running for the sake of humanity. If Sampras can’t stay alive long enough to upload the contents of his flash drive and get this information out to the public …

… he will take that secret to the grave. And mankind’s future with it.

‘Resist:or serve’ is the End Game. The time where politics, religion and survival all grapple for centre stage. It is the Time of the End of this system of things - Armageddon is on our doorstep.

Jennifer Reeves has spent more than thirty years as a novelist and screenwriter, using words to create new worlds. Originally from Durham, England, she now lives in Whyalla, South Australia, with her husband George, two sons, and their families.