No Time for Fear

My Path to Awakening 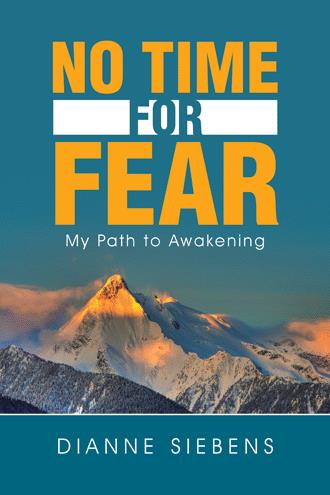 I was in a white ball of swirling snow, and couldn’t see a thing. I was upside down, right side up, backwards and forwards. It was just like being caught in a riptide—if you’re under water, you don’t know where you are. I used to surf in California and thought I would body surf the snow because it felt like a wave. I did that a little bit, but didn’t realize that because I was completely upside down, I was actually digging myself deeper into the snow instead of coming out of it. Then, just like that, in a split second, it stopped. I was buried alive.

My first brush with death was at birth, having entered the world as a “Code Blue Baby.” In all my thrilling adventures over the years, I have been confronted by grizzly bears, pushed off a cliff, and fallen into deadly bogs, but my brush with death in an avalanche while helicopter skiing was certainly the most profound. Being brought back from death was a miracle that changed my life in so many ways. It taught me to live in the moment with gratitude, love, appreciation, and with no time for fear. “No Time For Fear” is my personal account of adventures, discoveries, and lessons I have learned. I hope this book will leave you laughing, thinking positively, and grateful for everything life sends your way.

Dianne Siebens is an adventurer, explorer, wife, and mother. She has spent the past five decades traveling the globe and spending time with our world’s top luminaries and thought leaders. She resides in Grand Cayman with her husband, Stewart, and Gracie, their beloved rescued dog.