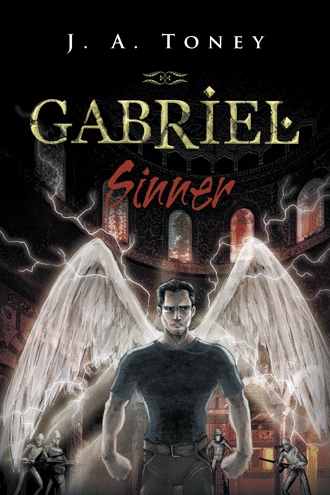 Darkness. A new moon. Five minutes before three a.m. The witching hour. That time when the supernatural is said to happen and the evil things are unrestricted, free to do what they will. It’s the time of witches and warlocks, ghosts and demons.

A dark figure stands in the edge of the woods near the house of his unsuspecting host. He stands quiet and still, thumbing the small wooden cross in his pocket. Lines of ethereal darkness waft across his face. Four minutes. Then he becomes the demon, the darkness, the end of another unsuspecting life.

"Ba'al come! Give me sight to see your vision! Give me strength to carry out your will! Come Ba'al!" The words came like a guttural growl from the depths of a dark and dying soul. Low and menacing, barely audible, but powerful none the less.

The dream he’d had the night before suddenly became vividly clear in every detail. Every sight, every sound, every smell was suddenly familiar. He could see each step, each movement he would make, just a beat before he made it.

Inside a small white house in the quaint country town of Paradise, Kansas, Shelley McDonald is completely unaware of what lurks outside in the night, in her future. It's eleven p.m. She feeds her fish, starts the dryer, and pours herself a cup of hot Chamomile Mint tea, her nightly ritual. She heads for the couch with a new novel, "The Last Christian" by David Gregory. A futuristic thriller that has that "what if" and "it could happen" feel to it about the outlaw of religion and giving up the soul for immortality. Sounds like a good one.

She sits on the couch trying to read, but something just doesn't feel right. That feeling of being watched, or maybe just something important forgotten. After a few sips of her tea, and a couple of chapters, all is well in her world. A satisfied grin finds her face as she starts the third chapter.

Eleven forty five p.m. Duane Jackson parks his old Ford Ranger on the dirt side road between Waldo Road and Second Street. After killing the engine and the lights, he takes a deep breath and looks around. Nothing. No lights. No sounds. No one to notice him. Before he left his apartment in Topeka, he removed the bulb from the interior dome light. He opened his door slowly and got out. With a conscious effort, he left his door open as he walked away from his pickup, comforted by the fact that no light came from the cab. He walked slowly for about five minutes, south on Second Street. Sparse gravel on the dirt road made a low crunch that he felt more than heard. The fresh country air and the smell of earth, trees, and open fields were refreshing, invigorating. He quietly ducked into the stand of trees next to the road, at the back of the lot on the corner of Second Street and C Avenue. Slowly and quietly, he made his way to the edge of the tree line where he had a good view of the back of the small white house where his next victim waited patiently, drinking her tea as it cooled to a luke warm temperature, and reading her book as her eyes became heavy.

Duane was feeling a sort of déjà vu; a dark déjà vu that he was expecting. Everything was happening exactly as it had in his dream. Every detail was perfect, including the small wooden cross on the leather strap that he had found in the restroom at his last gas stop in Salina. He had determined before he set out that if any detail were missing, he would abort this trip. Nothing was missing. He stood in the woods . . . watching . . . waiting.

Twelve thirty a.m. Shelley finished her tea, placed a bookmark in her novel, and made her way to her bedroom, turning off all the lights as she moved through her house. She didn't bother checking the doors. She never locked them. Why would she? No one in this small town ever locked their doors. There was never any reason to. Nothing bad ever happened in Paradise, Kansas. Even the tornadoes that the state is so well known for seemed to stay at least a mile or so out of town.

By one o'clock in the morning, she was sound asleep. Dark, foreshadowing dreams seeped their way into her subconscious, but they were nothing like the darkness that was on its' way in the flesh. She would never wake from these dreams.

Three a.m. Duane Jackson steps out of the trees behind Shelley McDonald's house and up to the back door. Trembling with fear, though he is truly more afraid not to go through with this than he is of getting caught, he reaches a gloved hand out to the door knob. It's unlocked, as he knew it would be. He takes a deep breath to calm the fear.

Slowly, methodically, he moves down the hall to Shelley's room. He moved silently over the hardwood floors, astonished by the lack of creaking sounds that most hardwood floors in older homes make. It feels more like sleepwalking than reality.

Not far, only about five paces to the second door on the left. The door was open, of course. He found her sleeping in her bed, just where he knew would; and on her back; just as he knew she would be. He was seeing everything he was doing just before he did it. As if he were being guided by a mental movie that he was keeping time with in an evil pantomime.

It was time to drain the life out of her. Every last, precious drop. All in the name of the Christians. So he did, slowly and deliberately, with much malice and hatred.

A little chloroform in a vile held open under her nostrils, inhaled with her breaths would keep her from waking up from the pain Duane was about cause. A ten gauge needle inserted directly into the jugular and another into the femoral artery would make quick work of the bloodletting, completely draining her into a plastic bag that sealed with a one way valve. It was time to break out the knife and finish the job.

He didn't know why he hated her. Sure, she was a Christian, but was that enough? Apparently so. After all, here he was; and he was having no trouble or inner conflict with carrying out this dark dream. Ultimately, he knew that the ends would justify the means. It had to be done. It didn't matter who she was. All that mattered was that the "Blood-suckers", the "Cannibals" had killed her, just as they had so many others, "in remembrance", in keeping with their beloved "Last Supper".

These dark acts would prove to the world that Christians were extremists and needed to be stopped. This plan would be the final link in the chain of bondage that locks Christianity away in the dark past of a mourning nation, and keeps it out of its' future.

When the deed was done, Duane left by the front door and left the small wooden cross hanging on the door knob, dripping. As a personal touch, he made a single swipe across the mantel above the door. He circled back around the back of the house, with his spoils in tow, and walked back the way he had come.

It was now almost four a.m., plenty of time before dawn. He made it back to his pickup unnoticed and quietly drove off slowly into the night. He would make it back to Topeka in time for breakfast. He made the call to Atlanta.

Gabriel: Sinner is a supernatural thriller wrapped around a love story. Jeremiah is a family man who has put a shady past of black ops behind him. He finds himself forced into a world of torture, murder, and international espionage to save his family, and it comes with the highest cost.

A madman named Duane is on a twisted murder spree, under the direction of a power-hungry religious zealot bent on the destruction of America and Christianity, while the president of the United States is being manipulated into making laws to further that end.

Gabriel: Sinner is driven by white-knuckle action and gripping supernatural elements. You haven't truly seen the world as it is until you've seen it through Jeremiah's eyes.

J. A. Toney is a father, son, friend, and perpetual student. After more than twenty years of working directly with people from all walks of life and studying their interactions, it was a no-brainer to write a book based on relationships.

A love for family, friends, and people in general drives me. I’ve always loved action and the adrenaline rush of danger. Even as a child growing up in the country in Arkansas, I went in search of that rush. It started with climbing the tallest tree I could find and progressed from there. Who knows where it will end?

Now in my forties, my focus is set firmly on my children. I’m proud of them and their accomplishments. I strive to make them proud of me.