ASTRAY: From Presidential Politics to Prison 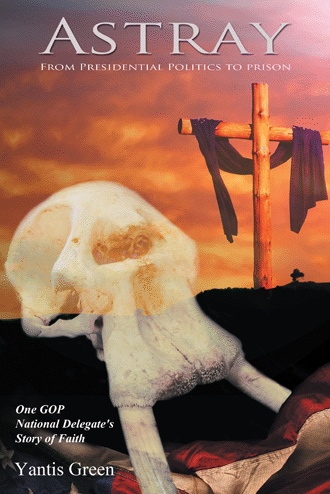 Fear and shame had pushed faith and reason aside. I could no longer think reasonably or rationally. Satan whispered, “Nothing matters after the trigger pull.” I sat there shaking, with my eyes closed and listened to the wrong voice.

As I put the muzzle of the LCP under my chin and placed my left index finger on the trigger, I opened my eyes. To my surprise, there was a hunting blind across the overgrown roadway with a faded number on it. I realized I was in a deer hunting kill zone; a place of death. From the blind across the way, hunters would sit and wait until a deer wandered into the clearing and then they would fire. I was barely 10 yards away. Animals had died here before. A man would die in this place soon.

I could hear cars driving down the highway about 130 yards to my left. As I listened, I picked up the familiar sound of an air compressor and a roofer nailing shingles to the roof of a new house under construction about a quarter mile away across the highway. I could tell by the rhythmic pow-pow-pow the silence for a few seconds as the worker positioned the next shingle then pow-pow-pow again.

I realized my breathing became heavy – I was sweating. I was scared. Turning away from compassion and into confusion, I heard the evil one’s words again, “nothing matters after the trigger pull.” I put all other thoughts out of my mind. My wife wouldn’t understand why, my mother would grieve a second son lost to a self inflicted gunshot, reporters would have a field day; I was elected Delegate No.1 from the 11th Congressional District of Texas to the 2008 and upcoming 2012 convention only weeks away. The Convention was going to be covered by more credentialed members of the media then the 2012 Olympics making it the largest news event on the planet. My fellow elected officials would be at a loss; no one would make any sense out of my suicide until the WCID auditor and board discovered my deceit. Then that would lead the news again for weeks.

My heart pounded as I closed my eyes and gritted my teeth trying to drive all the thoughts from my mind. Satan whispered. I listened. “Nothing matters after the trigger pull.”

I wanted the last thought to go through my mind to be of my wife. I failed again. I panicked. I pulled the pistol barrel away from my chin. It left a red mark about an inch above my Adam’s apple. I was sobbing and breathing hard and I could feel my heart and my head pounding.

I looked down and to my left. I was jumbo grasshoppers on the foliage foot away from me. I could see their powerful hind legs and front mandibles chewing as if they were waiting for me to die so they could feast on my flesh. It seemed like they stared at me; I felt they were evil.

The heat was becoming unbearable. I sat there cross-legged with my head in my hands; tears streaming down my face; crying out loud; “God, God!” “Oh, God what do I do?” “I can’t go home. They are after me. I screwed up so bad!” “What can I do???” I was sobbing uncontrollably. I was at the end of my rope; the end of my wits. There was no choice I could think of; I had run out of options.

I tried to gather myself after a few seconds; took a deep breath and exhaled through pursed lips. I was exhausted. I was drenched with sweat. I had lost the fight. The LCP was slippery in my hand. I closed my eyes and controlled my breathing. I thought of nothing. After a couple of moments my mind began racing again. My heart began pounding. Satan whispered, “Nothing matters after the trigger pull.” I numbly repeated softly out loud, “Nothing matters after the trigger pull.” I gripped the pistol tightly while holding it under my chin. I squeezed my eyes and clenched my entire body; and while gritting my teeth, I pulled the trigger.

Yantis Green was the only National Delegate ordered by the FBI not to attend the 2012 Republican National Convention. ‘Astray’ is his faith story of his rise to political prominence with an eye on higher office, his fall from grace as he struggled with personal demons and his salvation through faith. This book lays open with raw honesty the brutal, personal struggle between right and wrong; falling and failing, and finding redemption when all that remains is the grace and love of Jesus Christ.

Yantis Green cut his political teeth in the powerful backyard of the Bush family in West Texas. Midland is just down the road and in the same Congressional District as San Angelo where Green grew up. An award winning journalist and news anchor by the time he graduated from Angelo State University with a B.A. in Journalism in 1989, Green covered politics for over a decade. He turned from reporter to politician in the wake of the terror attacks on 9/11. He leveraged his contacts and name recognition to rise to national prominence by earning the No. one spot as a Republican National Convention delegate in two consecutive Presidential elections and won a highly contested election for County Commissioner with over 80% of the vote.

Green’s faith journey began seriously in college. He converted to Catholicism in 1989; attended a Cursillo in 2004 and had an audience with Pope John Paul II in Rome in October 2004, just five months before the pontiff passed away.