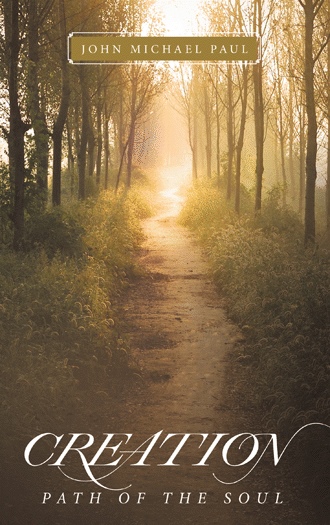 So the Divine Light sought to dim or fade itself in intensity by extending to and meeting with the darkness and then take hold of and transmute that disordered light into its own perfect ordered harmonious state.

This is accomplished through what is called creation.

This is the only reason for creation.

There is a reason behind everything. To be able to touch upon the darkness is the reason for creation.

One part of God, the Cosmic, is the light. The other part of God is darkness in relation to the light. However, both are from the same source, the Void, and both are God.

We can say it is like holding a lit candle in a vast dark cave. The candle flame is the light, the Cosmic. At the far reaches of the cave is pure darkness, or the dark light. The flame of the candle cannot touch directly upon the darkness in the cave.

But, the further the light moves away from the flame, the fainter the light becomes until finally the light and the darkness intermingle because they are of the same intensity.

The light moving away from the candle and getting fainter the further away it is from the flame is what is called creation on a Cosmic scale.

Creation is nothing more than a dimmer switch for the Cosmic light to become less intense.

This is what creation is all about. It is nothing more than creating a common meeting ground so the light can touch upon the darkness and can then change and order the darkness, which is out of harmony with the light, into the light.

One might say this is way too simple. All this creation phenomena just to reach out and transmute the darkness into the light and that’s all? There’s nothing else? It just seems too easy and simple. There has got to be more to it than that. Is there nothing more?

As far as the work of this Cosmic Consciousness goes, there is nothing more.

The work that is assigned to this Cosmic Consciousness is to transmute the darkness into the light. That is its only work. Nothing else. Simple.

So this Cosmic Consciousness has a simple task to perform and this task is the only reason for creation, that is, to be able to touch upon the darkness to bring order to the disorder, to bring harmony to the inharmony, to bring the darkness into the light.

We were never intended to be dominated by all the negation and inharmony that exists in the world. We were fashioned, equipped, and given power for one purpose only, and that is to transmute every negative and inharmonious condition which exists in the world. Yet, we find very few that know this is the reason for which we were created. We do not know what our true purpose is because we do not know the real foundation of our being and are not familiar with the laws of creation. We do not understand the reasoning behind the things we do in our metaphysical rituals and practices. By studying creation, we receive all the answers. Creation—Path of the Soul gives an understanding of creation from the Void, to the Cosmic, to the Cosmos, down to our very soul, so we can understand what the will of the Cosmic is and what the meaning of life and our purpose in being are. Creation—Path of the Soul, uses the Kabbala to go through creation step-by-step, making creation easy to understand. By understanding the laws of creation, more questions are answered than are asked. Creation—Path of the Soul, looks into such topics as astral travel, the Akashic records, reincarnation, cause and effect, the conscious, subconscious and superconscious minds, and other metaphysical areas of interest. Creation—Path of the Soul, has practical exercises for astral travel, reading the Akashic records for past life regression, coordinating the conscious and subconscious minds to increase intuition and transmuting the darkness.

John Michael Paul, now retired, was a minister for a small metaphysical church. He taught students from all over the world. His studies include the Kabbala, mysticism of the Bible, and comparative religions. He now enjoys writing books on metaphysical subjects.